Rob Bullock selected for one of the six Nanjing Writer Residencies

Nanjing City of Literature have announced their six paid Writers in Residence for the next 12 months. The submission was available for writers, poets and translators from all UNESCO Cities of Literature and one of the spots was selected for Rob Bullock, for Manchester City of Literature.

With 14 years writing experience, Rob has spent eight years developing and running creative writing workshops for schools, libraries and communities groups in Manchester, working with both children and adults.

Rob has recently completed a PhD at Huddersfield University under the supervision of award winning Salford born writer Michael Stewart. His PhD focused on telling the stories and legacies of black residents throughout Lancashire and Yorkshire in the 1700s and included writing the novel Dark Tide.

While a lot of Rob’s writing is for children or poetry, Dark Tide is an adult novel that tells the story of British slavery and the hundreds of black people who laid roots in the North West’s bleak uplands. It includes a chapter specifically discussing Manchester’s history of slavery. The story is told by a Bajan demon called the Heartman, talking to Jack Moss, a black man awaiting execution in a Lancaster jail. The novel developed from research into the real life discovery of the mummified hand of a black woman on an elderly lady’s mantlepiece in Rob’s hometown of Settle. Rob was able to discover a lot about the life of this lady and the story flowed from there.

Rob’s next published work is a poem entitled ‘Respect This Lonely Grave’. It is part of an anthology of Lancashire Stories by the Lancashire Library Service that launches on 30th November. 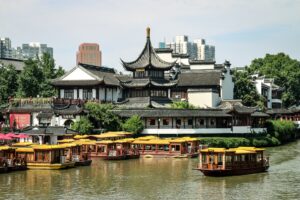 Nanjing boasts a literary tradition of over 1800 years and this Nanjing International Writers Residency will make a lasting bridge for the city’s literary community to develop mutual understanding with its international counterparts. This yearly residency program was initiated in early 2019 and has hosted 18 writers, poets and translators from the subnetwork so far.

The theme for the 2022 residencies is “Rivers and Literature”. Rivers across the world have made significant contributions to culture and civilisation, making themselves a lasting topic for literary creation. On many occasions they have been carriers of literary stories, making cultural communication fluid and far-reaching. 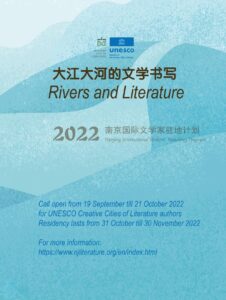 They hope that participants may draw inspirations from rivers across the world for their literary creation, and promote literary communication at both local and international levels.

Rob’s residency will include virtual tours of cultural landmarks in Nanjing, a selection of literary activities, and online interactions with Nanjing writers, poets, translators, literary organisations and students.

“It is such a massive honour to be selected as one of the six candidates for this year’s prestigious Nanjing Virtual Residency and to represent Manchester City of Literature. It is particularly gratifying that the panel enjoyed reading my writing which, up to now, has had a very strong representation of life in our area. I’m looking forward to the opportunities this residency will offer my writing and I hope that I will make Manchester proud!” 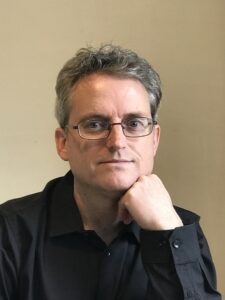