The Manchester City of Literature executive office consists of: 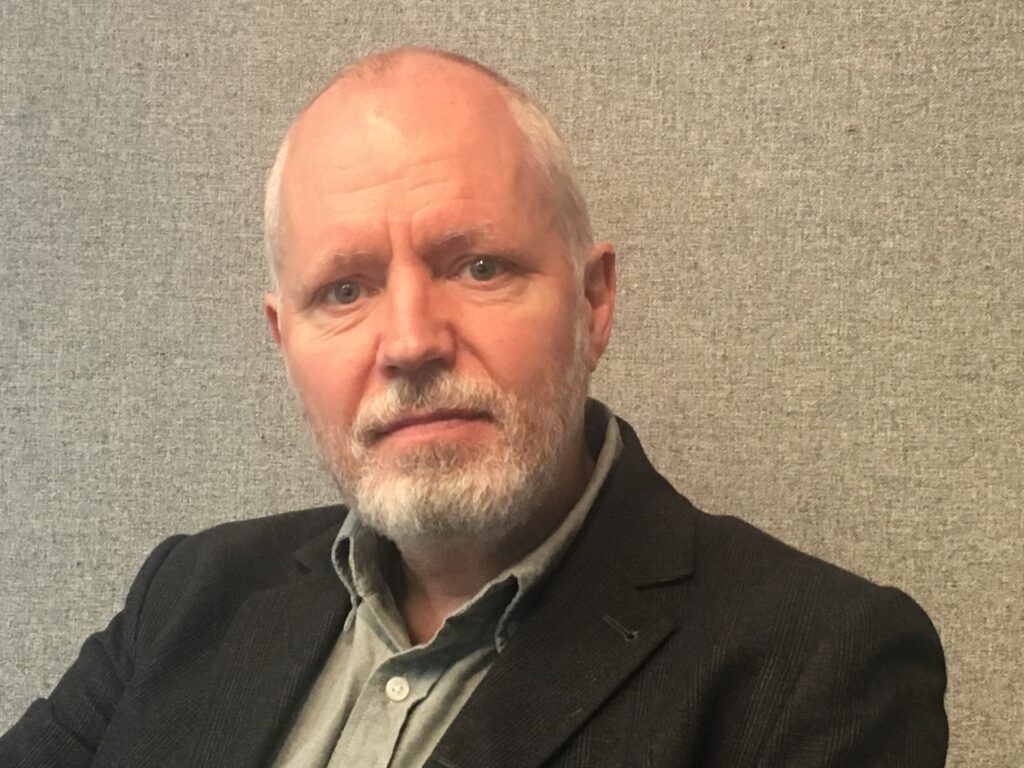 Ivan has over 25 years’ experience in the arts and heritage sector leading on business planning, strategic review and transformation programmes including most recently working for Dance Consortia North West, The Dukes in Lancaster and serving for six years as a Committee Member for National Lottery Heritage Fund (nee Heritage Lottery Fund) in the North West. Between 2003 and 2014 Ivan led a series of audience development agencies. He joined All About Audiences (then Arts About Manchester) as Chief Executive in 2003. In autumn 2012, All About Audiences and Audiences London merged to create the new national audience development agency The Audience Agency and Ivan became joint Executive Director alongside Anne Torreggiani (ex-CEO of Audiences London).

Between 1993 and 1999 he worked at Sadler’s Wells, where as Head of Marketing, he was part of the team that oversaw the National Lottery-funded re-building and re-opening of Sadler’s Wells. He then moved to Manchester to be Marketing Director at the Royal Exchange Theatre.

He is currently on the Board of Without Walls the outdoor arts consortium. 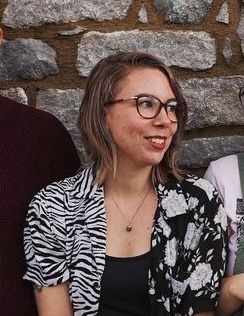 Jo is a poet, dog lover and creative working in communications for the literary arts scene in Manchester. In addition to Manchester City of Literature Jo is Director of For Books’ Sake, who champion feminist writing by queer writers and writers of marginalised genders. Jo is also a regular theatre reviewer for North West End.

Jo has developed and teaches a poetry course with Write Like A Grrrl as well as offering editing and feedback on poetry to individual writers. A prize-winning poet herself with an MA in Creative Writing, Jo has featured in the National Poetry Library in London for short form poetry and been invited to read internationally. 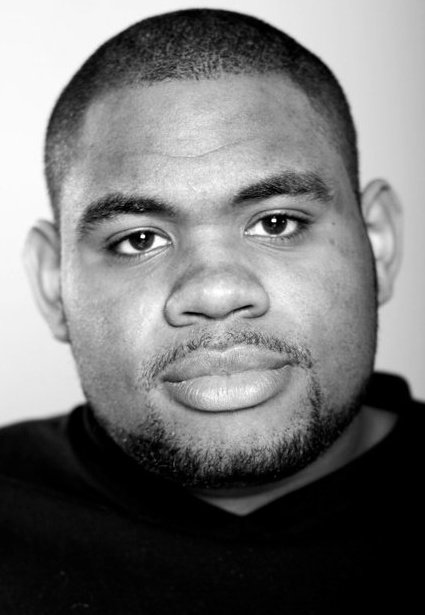 Reece Williams has extensive experience as a writer, performer and arts project manager. He joined Manchester-based poetry collective Young Identity (YI) in 2007, becoming their Project Administrator in 2008, as well as working and performing with the likes of Saul Williams, Kate Tempest, The Last Poets and the late Amiri Baraka. Reece is passionate about youth engagement, cultural policy and race relations and embeds peer mentoring and the advocacy of active citizenship through the arts into his professional practice.

Reece is a former Trustee at Contact (Manchester Young Peoples’ Theatre Trust) an organisation dedicated to the empowerment of young people through the arts. He is an Alumni of the Obsidian Foundation Fellowship and Peer Mentor on The Agency, a project delivered by Contact and The Battersea Arts Centre, which empowers young people from economically and socially deprived communities to create projects which foster change.

Our Board of Trustees is currently made up of: 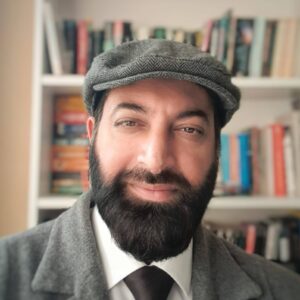 Zahid Hussain is the Chairperson of Manchester City of Literature. He is a novelist (The Curry Mile), screenwriter and writing mentor. In 2009, he co-founded the Manchester Muslim Writers. In 2017, he helped organise Manchester Metropolitan University’s first ever Urdu Poetry Mushaira. He is a former winner of the North West Poetry Slam and delivers talks across the UK. 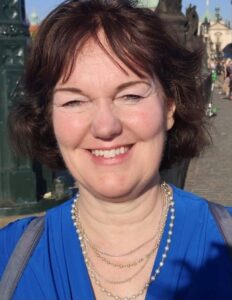 Sharon Handley is Pro-Vice-Chancellor of the Faculty of Arts and Humanities at Manchester Metropolitan University. She has significant experience of management and leadership in HE, including Head of Department, Dean of Faculty, and Director of Routes into Languages North West, a Consortium of eleven universities with the aim of promoting languages in schools in the UK. The Consortium created outreach projects such as Mother Tongue Other Tongue, recently awarded a Queen’s Anniversary Prize for the way it fosters intercultural understanding. This project is now part of the portfolio of Manchester Poetry Library. As Pro VC, she is working to foster greater diversity across the faculty and in the talent pipeline for the creative and cultural industries. 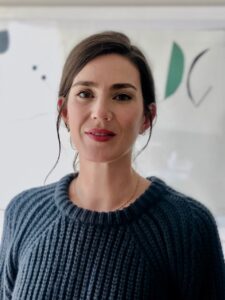 Katie Popperwell is a cross-disciplinary creative producer and programmer with experience of visual art, music, heritage, literature and performance. She is a senior visiting producer at HOME, Manchester’s centre for international contemporary art, theatre and film, and has produced programmes of work for Manchester International Festival, Selfridges, The University of Manchester, Cityco and The Asia Triennial. Her work as a cultural consultant includes advising on city centre developments, leading on strategic cultural partnerships, and devising projects and initiatives that engage with the culture sector and the wider creative industries. Katie also works as a journalist and broadcaster, regularly chairing conversations with high-profile authors including Nick Hornby, Jennifer Egan and Zadie Smith as part of Manchester Literature Festival. She presents the Salford edition of BBC Radio 4’s flagship arts programme Front Row, has covered music news on BBC 6Music and written for publications including The Guardian, Stylist Magazine and The Big Issue. 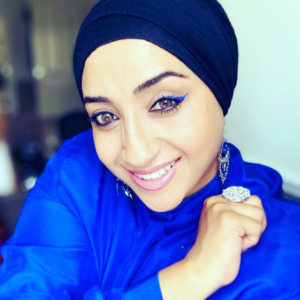 Hafsah Aneela Bashir is a Manchester-based poet, playwright & performer originally from EastLondon. Founder and co-director of Outside TheFrame Arts, she is passionate about championing voices outside the mainstream, challenging the gatekeepers of knowledge and increasing working class Black and Brown representation within the arts. Winner of the Jerwood Compton Poetry Fellowship 2019, she is an Associate Artist with The Poetry Exchange, Associate Artist with Oldham Coliseum Theatre and Supported Artist at The Royal Exchange Theatre, Mcr. Creating socially engaged work with community at its centre, her play Cuts Of The Cloth was commissioned for PUSH Festival 2019 exploring the lived experience of Muslim women and the war on terror. Her debut poetry collection The Celox And The Clot is published by Burning Eye Books. She has worked creatively with Manchester International Festival, Ballet Black Ldn, HOME Theatre Mcr, ManchesterLiterature Festival, ANU Productions Irl and the Imperial War Museum. She is currently writing the libretto for The Bridge Between Breaths, a FormidAbility & Tete a Tete festival commission exploringBritain’s involvement in the Transatlantic slave trade and is founder and Creative Director of the recently launched, Poetry Health Service–a free online service providing poetry panaceas as a tool for connection and healing with over 80 contributing poets. 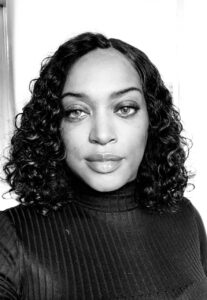 Born to Jamaican parents who came to Manchester in the sixties, Karline was raised in Longsight, Manchester. She is the author of the dark and compelling crime novels, Moss Side Massive, and Full Crew. Both books received excellent reviews from, the Times Literary Supplement, and City Life Magazine. Her third novel, Goosebumps and Butterflies Are Fairy Tales a quirky, contemporary romance novel was published recently. She currently works as a full time Training Coordinator while writing a fourth novel, and a collection of commissioned short stories. She is also the author of four published short stories: Letters to Andy Cole (Y.A. short story),–from the anthology The City Life Book of Manchester Short Stories, (Penguin), edited by Ra Page; Promise–from the anthology-Brit Pulp! (Sceptre: Hodder & Stoughton), edited by Tony White; Dirty Evil Greed, from the anthology-M.O. Crimes of Practise, (Comma Press), edited by Martin Edwards; The Whistling Bird–from the anthology Resist Stories of Uprising, (Comma Press) edited by Ra Page. Karline loves all things literature related and loves to share this passion with everyone. 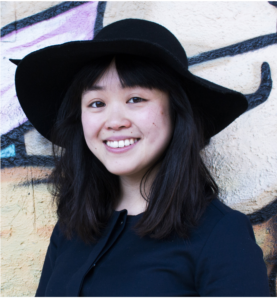 Jo is a British pianist, music educator and researcher. A graduate of Cambridge University and the Royal Northern College of Music, since 2015, Jo has worked as the Director of the Olympias Music Foundation–a multi-award-winning charity which champions diversity in music and delivers music education projects across Greater Manchester. Jo is also a member of the Community Programme Team at the People’s History Museum, where she assists with the delivery of the museum’s 2020-21 programme onMigration. As a researcher and music psychologist, Jo’s PhD research (funded by the RNCM) explored the role of parents in supporting young children’s metacognition and self-regulation during musical learning–a topic on which she has delivered conference talks in UK, Germany and Australia. Jo is delighted to be joining the MCOL board and looks forward to working with the other trustees to support the charity’s growth and development over the coming years. 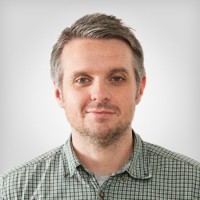 Mike has worked in publishing for many years, latterly back in the North West, in content and commercial roles. Growing up in Lancashire,what theNorth West offers the literary world is rich and unique, and Mike is delighted to see our Publishing sector continue to grow.If we want literature to reflect our character, we need to have a strong production sector for books. Mancunians, by birth or spirit, own the stories of our city and its new narratives. Mike wants our city and its voices to grab you and shake you up in the best possible way. Mike is driven by identifying barriers to growth and overcoming them, and helping people find their voice and fulfil their potential. Having lived in Edinburgh and Barcelona,he knows how valuable a well-loved City of Literature can be. We are a city steeped in a radical tradition that stands for fairness, being fiercely proud of our own,while global in our outlook and friendships. Mike hopes to bring that to his work with Manchester City of Literature. 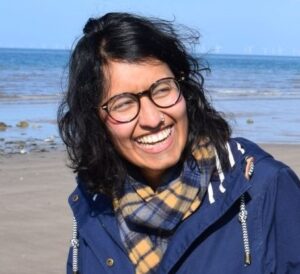 Chandan Shergill is the Coordinator of the Young Audiences Content Fund at the British Film Institute, which supports the creation of distinctive public service, high-quality content for audiences up to the age of 18. Chandan is also currently working on a project in Blackpool to recruit under-represented writers with New Writing North and Sky TV, and with BFI Network in the reader pool for the ShortFilm Fund. Chandan hails from Wigan, she studied French and German at the University of Bristol and enjoyed time working abroad in Vienna, Paris, and Guadeloupe in the Caribbean. She then spent several years in a talent agency representing television presenters in London, working across numerous factual shows along with children’s and live events. More recently she has worked in the charity and public sector, with roles at Refugee Action and Manchester City Council. She lives in Manchester and enjoys reading (of course!) cooking, yoga and ceramics classes.

The University of Manchester