Get to know them: Inspired by Libraries Talks and our Ambassador

During the upcoming Festival of Libraries 2022, taking place 15-19th June, we are expected to have many notable people who are as passionate about libraries as we are involved.

Now you’ve seen the full programme, here’s your chance to get to know our Ambassador and the faces behind our ‘Inspired By’ talks taking place each day at different locations across Greater Manchester during the Festival.

As the current Chancellor of the University of Manchester, we cannot wait to see Lemn Sissay as our Festival of Libraries Ambassador. Sissay is predominately an author and broadcaster, writing poetry, books and making TV appearances – did you see his show with the BBC Proms earlier this year? It was amazing! His first book of poetry was released when he was 21, and by 24 he was performing internationally. He was appointed as an MBE in 2010 and at the 2012 London Olympics he was the official poet to represent Great Britain. In June 2019, he won the PEN Pinter Prize for his writing achievements. With his many moving books, poems and plays, we can see why! Lemn is hosting an ‘Inspired By’ talk on Thursday 16th June, so be sure to book your ticket below. 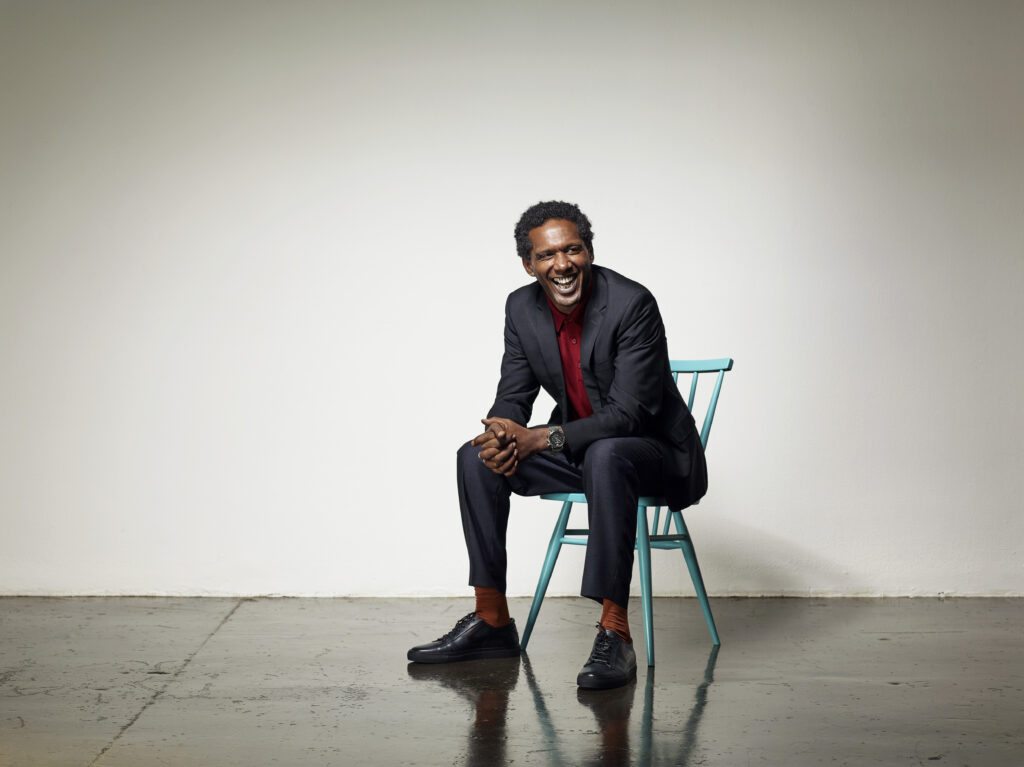 Lenny Henry…what hasn’t he done? An actor, comedian, singer, television presenter and writer, he’s truly mastered it all in his career. He is also a co-founder of Comic Relief, the Chancellor of Birmingham City University and is set to star in the new Amazon Prime series, The Lord of the Rings: The Rings of Power. You’ll probably know Henry from the 70s/80s children’s show Tiswas, the iconic Premier Inn adverts or as the voice behind Dre Head, the shrunken head in Harry Potter and the Prisoner of Azkaban. For his work, he was appointed a CBE in 1999 and was given the Lifetime Achievement Award at the British Comedy Awards in 2003. He was knighted in 2015, he is a fellow of the Royal Television Society…he’s had it all at this point. As an icon for the Festival of Libraries 2022 after his new book The Boy With Wings featuring as our Look For A Book treasure hunt prize, we can’t wait to hear him discuss his newest creative triumph. 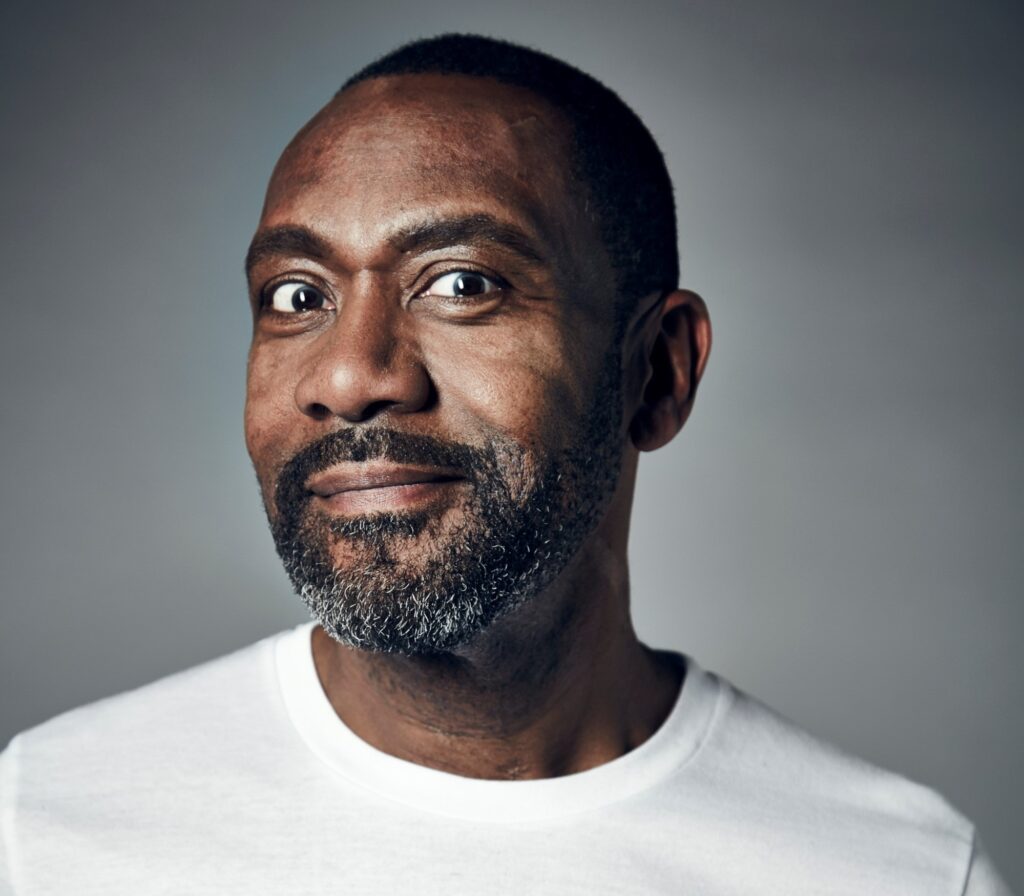 Julie Hesmondhalgh is a British actress, most well-known for her role as Hayley Cropper in Coronation Street. Alongside this, she’s also been in popular shows such as Happy Valley, Broadchurch and most recently The Pact. In 2016, she performed in Wit at one of our faves the Manchester Royal Exchange and won a Manchester Theatre Award for Best Female Performance. Since then, she has performed in the theatre in both 2018 and 2019. Alongside being a screen and stage star, Hesmondhalgh engages in loads of charity work and activism, setting up her own group 500 Acts of Kindness in 2019. Book your ticket below for her ‘Inspired By’ talk on 15th June at Ashton Library in Tameside. 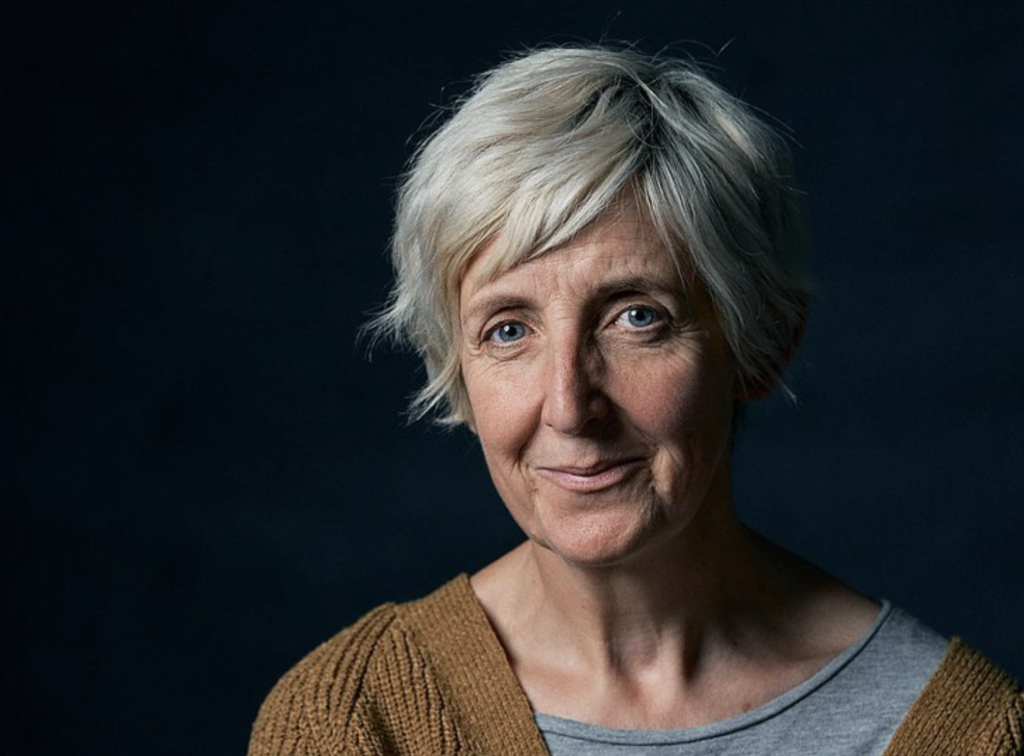 Jay Blades MBE is a furniture restorer and television presenter – you probably know him from The Repair Shop and Money for Nothing. In 2021, Blades filmed Jay Blades: Learning to Read at 51 to improve his reading due to his previously undiagnosed dyslexia, which was extremely empowering to watch. We are excited about his ‘Inspired By’ talk in Bolton, as we’re sure it’ll be both interesting and inspiring to hear about the role of reading and libraries on wellbeing, and self-improvement. 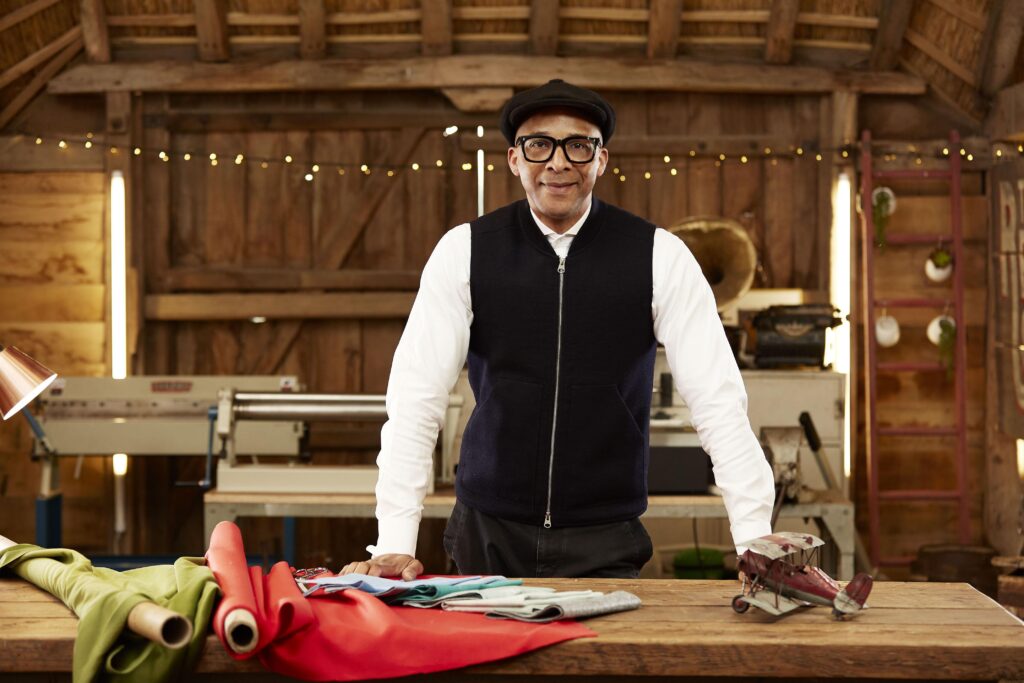 Jackie Jay CBE is a Scottish poet, playwright and novelist. She won the Guardian Fiction Prize in 1998 and the Scottish Mortgage Investment Trust Book of the Year Award back in 2011! In 2015, she was appointed to the prestigious role of Chancellor of the University of Salford, and between 2016-2021 she was the Scottish Makar, the poet laureate of Scotland (shout out to our friends at Edinburgh City of Lit!). Her works include Other Lovers (1993), Trumpet (1998) and Dust Road (2011). Kay was on the list of the BBC’s 100 Women in 2020, and we are excited to have her join the Festival of Libraries for her ‘Inspired By’ talk with Abigail Reynolds, read more to hear about Abigail and what to expect from their fascinating discussion.

Abigail Reynolds will be joined by Jackie Kay in their ‘Inspired By’ Talk as part of the Festival of Libraries. Abigail is a British artist who was awarded the BMW Art Journey prize at Art Basel. Alongside this, in 2020 she received a Paul Hamlyn Foundation award for visual art. She is one of 47 artists selected for the Brtish Art Show 9 touring 2021-22, which is now based at Manchester Poetry Library, and you can visit during the festival. We can’t wait to hear from Abigail and Jackie about their inspiring careers and how libraries have supported them both along the way. 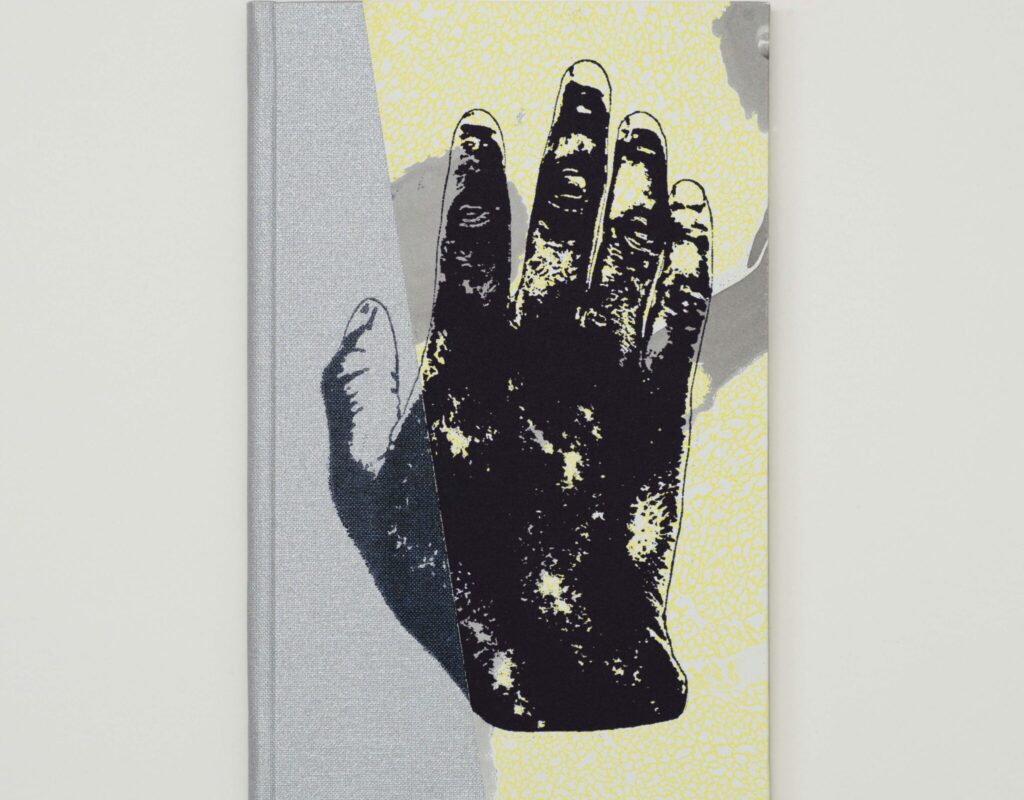 On the 17th June much-loved BBC Radio Manchester DJ Mike Sweeney returns to his hometown of Salford at Eccles Library to take part in our Inspired By libraries festival strand. Mike will be chatting with Hannah Kate of North Manchester FM about his love for grassroots politics and we can’t wait to hear more about libraries as free and public democratic spaces. After working in entertainment all his life, we know this evening with Mike will be fun of fun! 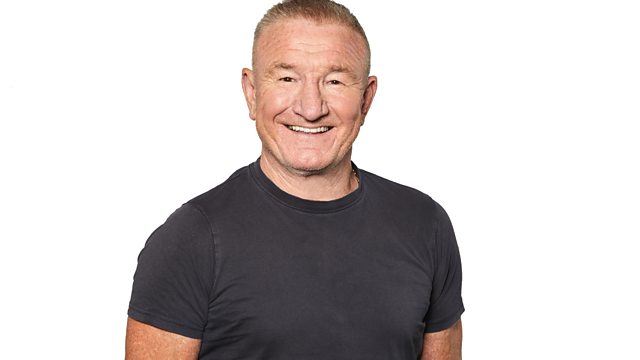 Greg Jenner is a British public historian with a particular interest in communicating history through pop culture and humour. Join Greg to hear all about the importance of libraries, and libraries throughout history!

Greg is the Historical Consultant to CBBC’s multi-award-winning Horrible Histories and the author of A Million Years In A Day: A Curious History of Ordinary Life, From Stone Age To Phone Age – an entertaining gallop through the evolution of our daily routines. Dead Famous: An Unexpected History of Celebrity was published in March 2020 and Greg’s most recent book, Ask an Historian was published in late 2021. Greg’s Inspired By talk takes place on the 15th June 7.30-8.30pm at Urmston Library in Trafford. 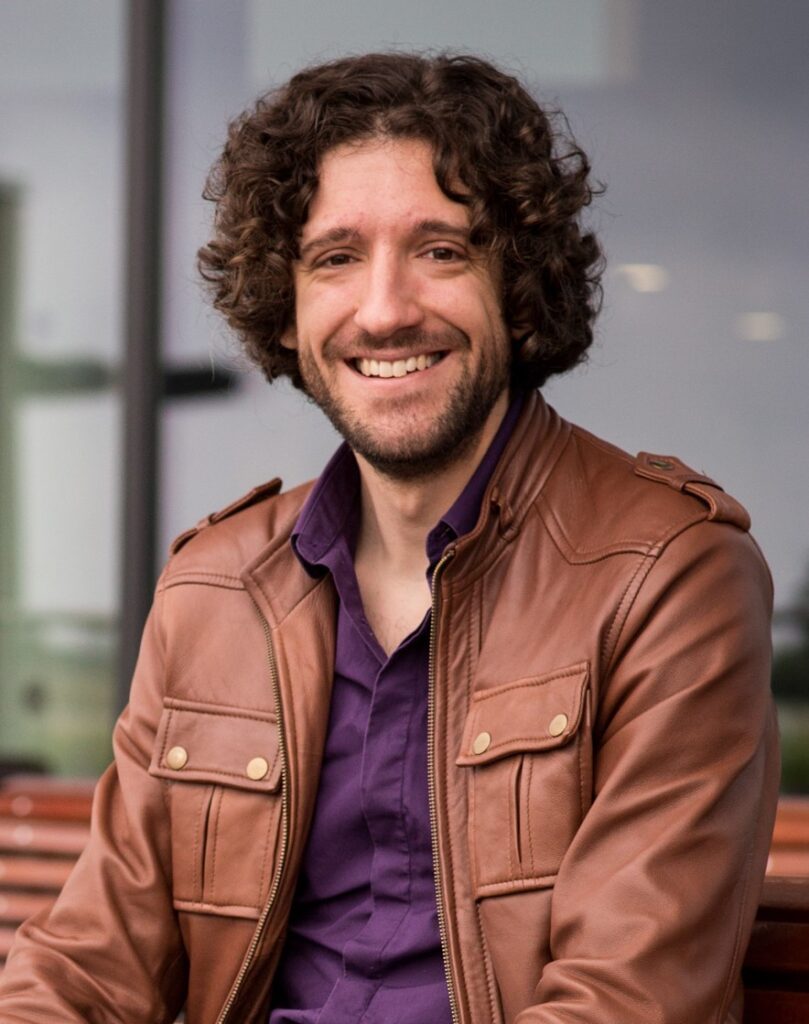 Book tickets to all of the the Inspired By events below, and don’t forget to follow us on social media to stay updated about the upcoming festival.

Inspired by Libraries with Mike Sweeney

Inspired by Libraries with Greg Jenner

Look For A Book with Lenny Henry across Greater Manchester