This news couldn’t wait for the technical start of Spooky Season, we had to tell you now.

Since 2020, the Bucheon International Fantastic Film Festival has been building up its Goedam [Scary Tales] Archive in partnership with Bucheon, a UNESCO Creative City of Literature, by discovering and collecting goedam that are scattered around Asia.

This year the call for scary tales for the the third book of “goedam” has been extended to the UNESCO Cities of Literature cluster to create the World Goedam Collection, a collection of various scary tales from all over the world. It was produced in cooperation with Bucheon City and Bucheon UNESCO City of Literature and 14 stories from 10 cities in 7 countries were compiled to create this particular collection. Both Korean and English versions are available.

We are delighted to announce that, of these 14 stories from 10 cities, Manchester publishers have supplied THREE scary tales to the 2022 World Goedam Collection: 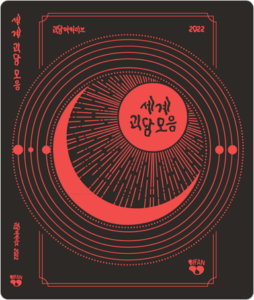 The Korean version of the collection has been distributed to those who work in the film industry, creators, and to public libraries in Seoul, Gyeonggi-do, and Incheon.

Having been released as an e-book, the collection is now available on all major Korean e-book platforms (Kyobo Book Centre, RIDI, BOOKCUBE, Aladin, Yes24). The English version is also available for free on the e-book platform OverDrive and below. 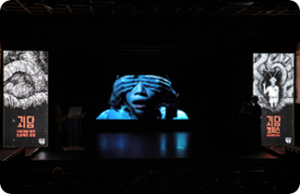 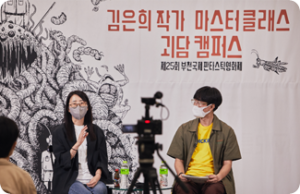 You can download an English-language copy of the 2022 anthology of Scary Tales below:

Ghost Stories of an Antiquary, by M R James