One of our funding partners, Manchester Metropolitan University, are running a truly exciting project called Untold Stories. This project is about helping people unlock their own ability to tell their stories about the NHS and we have the privilege of being part of one of the areas Untold Stories wants to access.

While we want to champion this project, we also want to let you know that at the moment, there is a call-out for African Caribbean NHS workers (past and present), their families and communities to tell our stories. 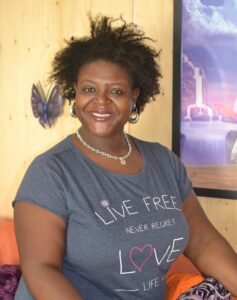 Community Champion Jackie Bailey is reaching out to hear from NHS workers (past and present) who are members of the African Caribbean community. We want to ensure that these stories encompass a wide range of NHS workers (and their families and communities), including drivers, nurses, chefs, doctors, paramedics, security, physiotherapists, support workers and all other roles.

This project is not about finding NHS workers who already write, in fact no writing experience is necessary; all we require is stories wanting to be told. Award-winning writers and other experts in their fields will work with the participants by delivering workshops in a number of creative forms. Members of Caribbean communities in Manchester who have worked in, or have family members that have contributed to, the National Health Service will form their own Untold Stories in their own voice.

In our Festival of Libraries in June we will share the collated Windrush NHS Stories. They will then be featured, later in the year, as part of an exhibition at Manchester Poetry Library: Untold Stories of the NHS.

The workshops where professionals will work with these participants in telling their stories run between 21st Januar – 25th February. They are varied in their focus and participants don’t have to attend every one. They include:

We’re really proud to be part of this project and you can find out more (including book onto the workshops) here. 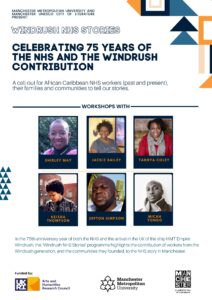 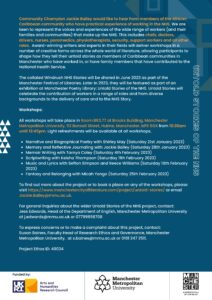 There is also a downloadable version of this flyer below.

Manchester City of Literature announce the launch of ‘Re:Sound’

Like a Tree, Walking by Vahni Capildeo: Online Book Launch