After the Free Libraries Act was passed in 1850, Sir John Potter, the Mayor of Manchester, led a campaign to collect subscriptions to purchase a building and the books to put in it. Cash subscriptions and donations of books came flooding in from all corners, from the working men’s committee to Prince Albert himself. In September 1852 Manchester became the first authority to establish a rate-supported public lending and reference library under the Free Libraries Act (Salford opened its library in 1850 but this was under the earlier Museums Act). The Manchester Free Public Library opened at the Hall of Science, Campfield (near the site of what is now the Air and Space Hall of the Museum of Science and Industry). Its first librarian was the prominent public library campaigner Edward Edwards.

Prime Minister Ramsay MacDonald laid the foundation stone of the building on 6 May 1930 . Four years later the library was officially opened on 17 July 1934 , by King George V, who told the crowds of thousands:

“In the splendid building which I am about to open, the largest library in this country provided by a local authority, the Corporation have ensured for the inhabitants of the city magnificent opportunities for further education and for the pleasant use of leisure.”

Today Central Library is the biggest public serving library in England. It is the headquarters of the city’s library and information service in Manchester. There is a media centre, cafe and wifi. 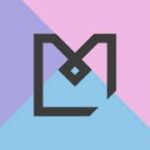 Virtual Writer Residencies at the Festival of Libraries

An Evening with Rosie Garland

An evening with Helen Monks Takhar