The aim of this activity was to encourage participants to engage with the language diversity in Manchester and for this reason we tried to get a representation of the different languages spoken in Manchester through the food items stocked on the shelves of our multilingual shop. Participants were invited to explore the shop, have a look at the different products and languages displayed on the food items, and add to the discussion about language diversity in Manchester.

To re-create the experience of going into a shop we prepared a choice of products representative of the city’s language diversity, shopping baskets, felt toys for fruit and vegetables, a cash register and toy world currencies. We also used signs to guide participants through the activities if they wanted to have a look at the shop on their own.

One of the tasks that we asked visitors to engage in gave them the opportunity to share their knowledge of other languages by labelling fruit, vegetables and spices in languages familiar to them. Through this particular task, we were able to collect a variety of languages, and the activity also led participants to guess the languages that had already been added to the fruit and vegetables and it initiated discussions about the different languages. Some visitors who tried the activities of guessing and labelling food items, started conversations about where the best places were in Manchester to get those items. Participants became interested in sharing their knowledge and experience of languages and cultures represented in the city.

Another task engaged visitors in spotting various languages around the shop. This was done by asking shoppers to pick up one of the shopping lists we had prepared in advance and find the items on the list and add up the languages used on those food items. In order to find all the products on the list, visitors had to also look at different scripts and guess what language they were in. Participants enjoyed guessing and spotting languages during their multilingual shopping trip but also finding out about products they had never seen before. 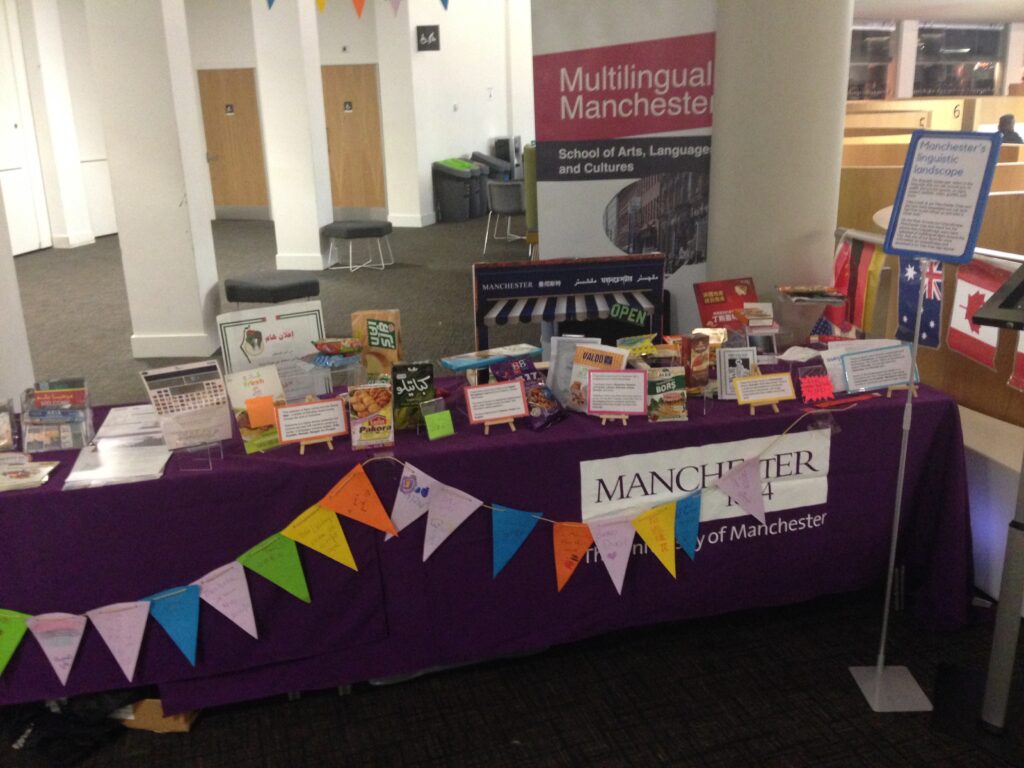 We would like to think that the experience of the multilingual shop may have even prompted participants to visit some new shops around the city to try out some products they had never bought before, while also having a go at reading labels in other languages.