This activity is part of a range of work looking at Linguistic Landscapes and the geographies of languages in Manchester and beyond. Participants were asked to locate the languages that are familiar to them on a large-scale map of the city, creating a visual display of the different languages present in different areas as described by the people involved. The aim of the activity was to show a snapshot of the languages spoken in the city or in a particular area and to encourage participants to talk about languages and their connections to their local community and to do this by pinning tags on a map. 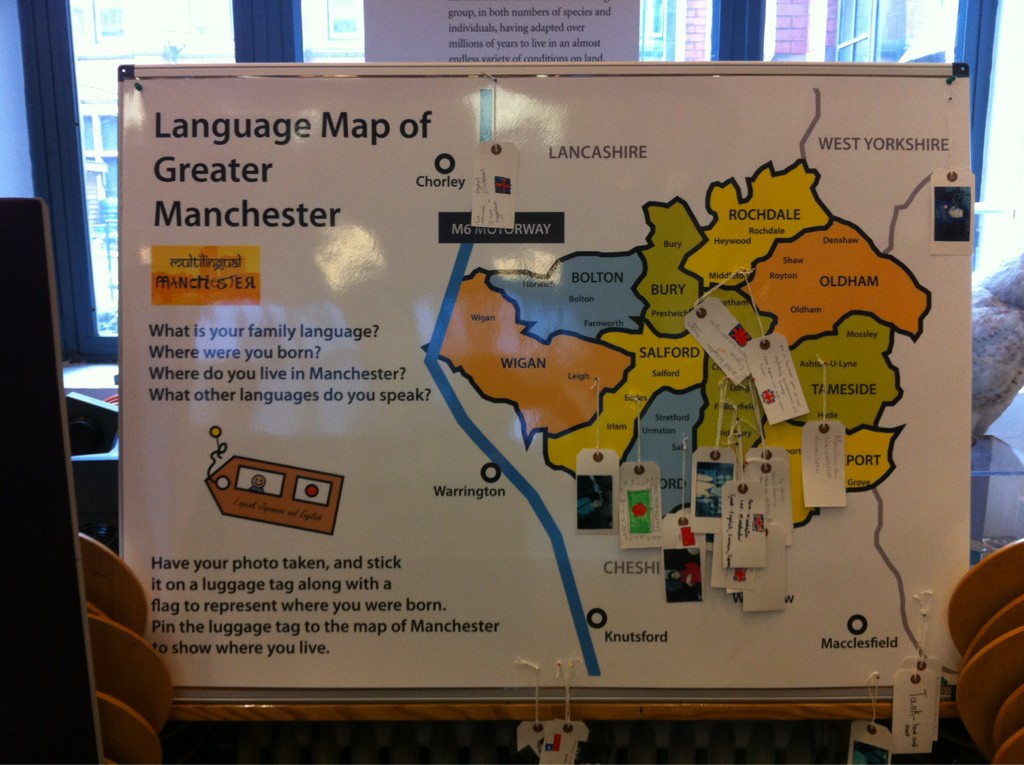 At the start of the activity we encouraged visitors to think about the languages that they encounter in their community, from ones they may speak, to what they might see, read, or hear from others, or use just words and phrases from. We also asked about languages they grew up with and whether they could still speak or hear those languages in their local area.

Participants were then asked to write the language(s) they have knowledge of on a luggage tag, and decorate this with images or a design that they felt represented them or their languages. Younger children needed some help from the adults to write the language in either English or the script of the chosen language, and created more abstract illustrations, whereas adults/older children were engaged in a more in-depth discussion about what the language means to them and what the design represents. 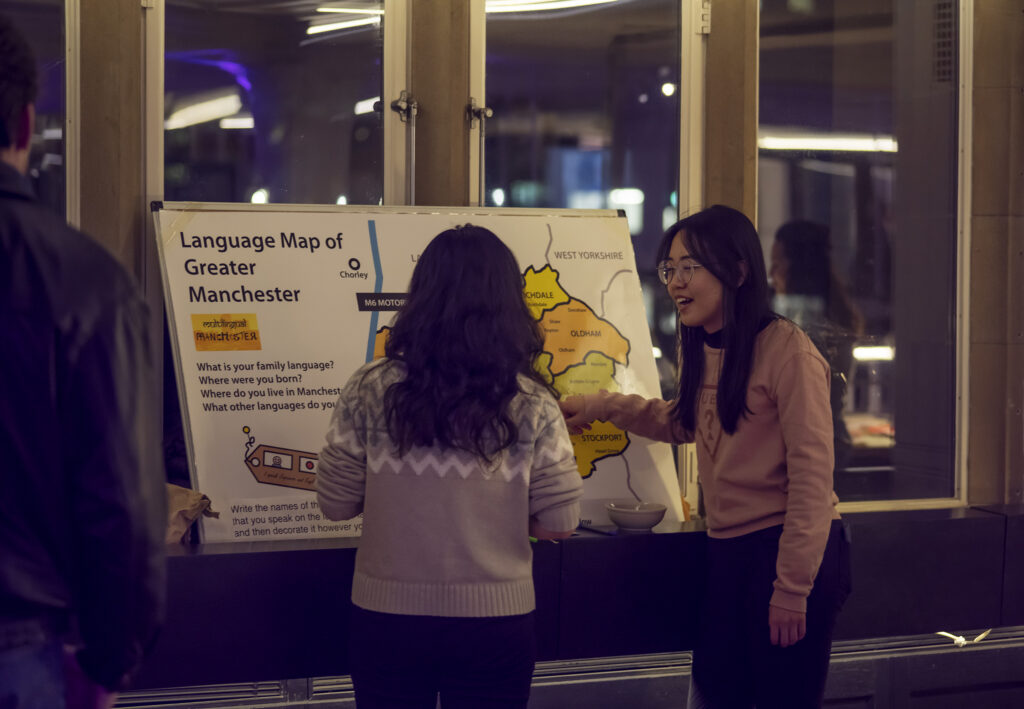 We encouraged participants to write anything they wanted about their languages on the tag. For families, for example, it was a good opportunity for parents to chat to their children about languages. Some children wanted to write a word they knew, or an alphabet letter from the script they were learning, and we encouraged this.

After writing on and decorating their tags, participants pinned them to the area of the map in which they live, or the area in which they engage with that language, such as a place of worship or school. When looking at the tags on the map some participants were surprised as to how many languages are spoken in their neighbourhood, or how many people also speak the same language as they do in their homes. This led on to conversations about home – community links, about home languages and their visibility in certain areas on the map