In the UK, many people speak languages other than English at home and this activity gives us an insight into how languages are used in homes, which is different from family to family. In any setting, multilingual people draw on a wide range of ‘linguistic resources’ – words, expressions and phrases from the various languages they know or are exposed to. The aim of this activity was to take a closer look at the nuances of multilingual homes, and to encourage participants to consider the varied and complex ways that languages can be used at home.

We prompted participants to think about the languages and words that they use, hear or see at home. Some of the questions we asked during the discussion were about different languages used with different members and generations of the family. We also asked if certain languages were more predominant during particular activities (e.g. mealtimes, studying, watching TV, visits from relatives, religious festivals etc.).  As participants mentioned the different languages they spoke at home we asked whether they used words or expressions from those languages when speaking English or if they mixed words from different languages in the same sentence. 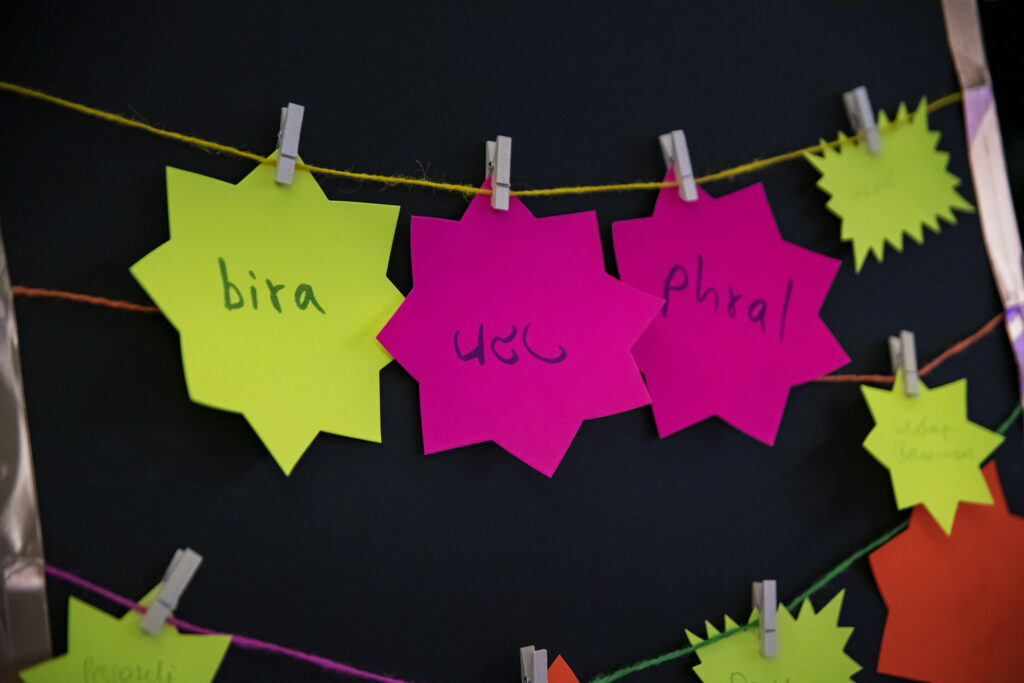 We encouraged participants who said they only spoke English at home to think about different languages that were present in their home through TV or radio programmes or on the labels of food items in their kitchen cupboards. We also prompted visitors who spoke English at home to think about the different languages they hear or see at work, around the school, in the neighbourhood and on public transport.

Participants were asked to draw a very basic cross-sectional outline of their home (or other building) and to show how they use language at home. For example, they could: write the names of the languages they use; add speech bubbles featuring words or expressions from other languages that they use at home, perhaps as part of conversations in English (e.g. greetings, or family words such as “grandmother”); or label objects or people in any languages they wish. Some participants wanted to write words, or write the name of a language, in a non-Latin script, which we encouraged. Some said that they didn’t know how to write a language or a word that they use at home; in this case, we asked the participant to write it how it sounds to them, and not to worry too much about whether the spelling is right or wrong. 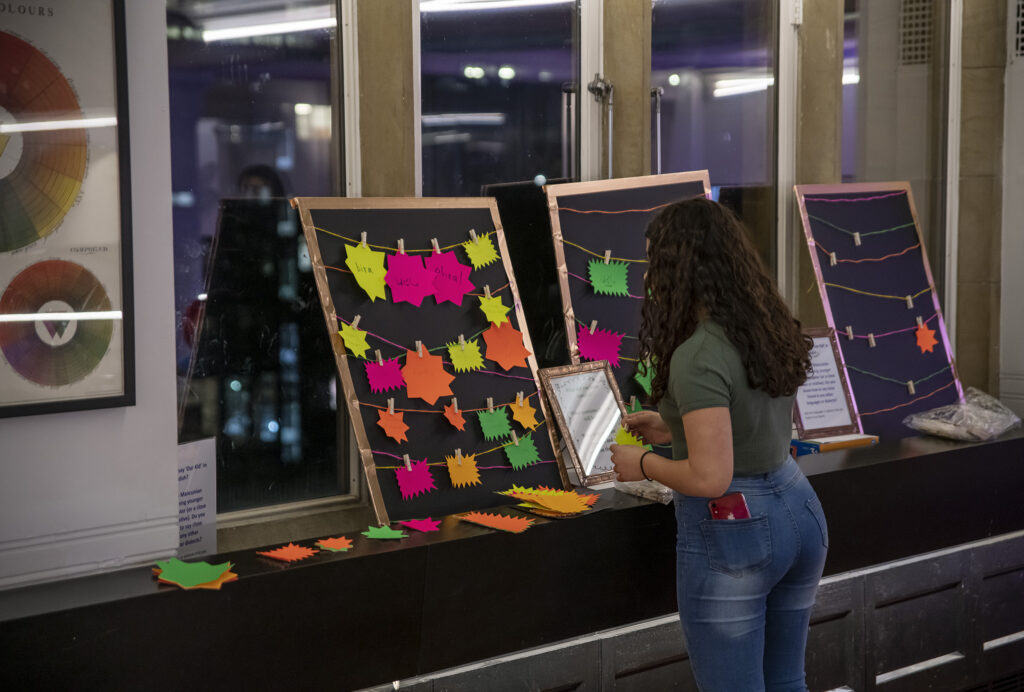 We found that we understood more about participants’ language use by asking them to speak about their artwork, so that we could understand their interpretation – this was done informally by circulating and asking them questions about their pictures.  Having participants working on their drawings at the same table encouraged them to take their time with the activity and to interact with other participants sharing their experiences of language.