Multiculturalism is often seen as a new thing, brought about by increasing globalisation. The Multilingual Clothes Shop activity is useful to illustrate and celebrate in a playful way – and with the aid of beautiful real items – the multicultural world we have lived in for centuries, in which words and garments travel from one language to another and from one culture to another. Some common examples of such words that are now used in English but have come from other languages are:  pyjamas, jeans, bandana, shampoo, anorak and many more. Through this activity we wanted to highlight the fact that multilingualism is very much a part of all of our daily lives and to learn about the history of some of the words that we use in everyday life. 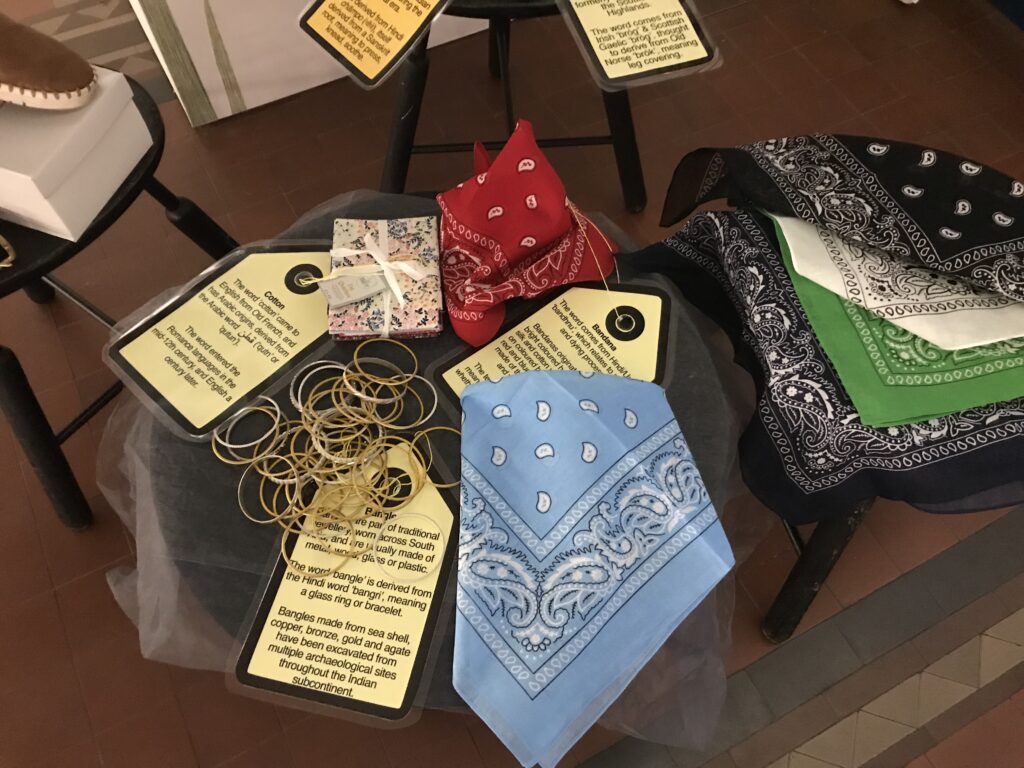 To set our Multilingual Clothes Shop, we took inspiration from the diverse population of Manchester and the colourful clothing that can be seen on its streets and in its shops. Following some research, we made a list of names of garments and other clothing items that we use every day in English and that come from other languages around the world. Some examples are: moccasins – from Powhatan, a Native American language, kimono – from Japanese, pyjamas – from Hindustani, bangle -from Hindi, flannel – from  Welsh. We placed labels on clothes tags with a short text describing the origin of the word and its development. Once the clothing items and labels were ready, we displayed them on a clothing rail as if they were in a shop, with a full-length mirror next to it so that participants could try items on and see themselves in the mirror. 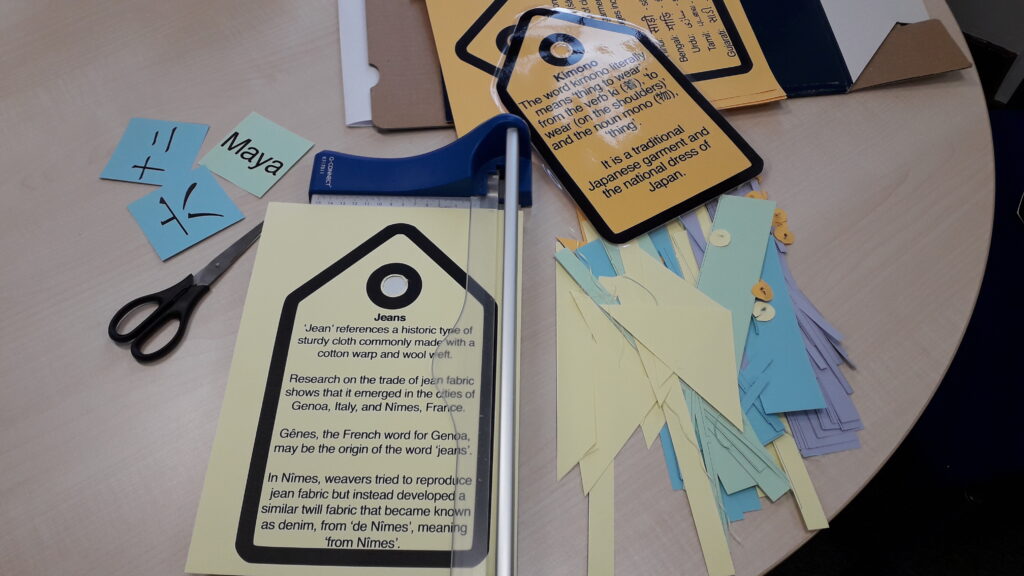 As visitors were browsing the clothes rack, we encouraged conversations about languages and cultural diversity using as a starting point the information given on the labels, asking questions like:

Did you know that the word pyjamas comes from Hindi?

What do you think is the reason why some words are adopted by other languages?

Could you add to our clothes rack the name of a garment in a language other than English?

Visitors to the Multilingual Clothes Shop enjoyed trying on the clothes and taking pictures but most of all we remember visitors’ surprise when reading the story behind each word.

This activity was prepared in collaboration between Multilingual Manchester and Manchester Museum staff and was inspired by some of the items of clothing displayed in the museum.