The activity consisted of 4 weekly sessions of dual language story time for pre-school children and their parents over the month of February. The story time sessions were prepared and run by our ESOL group which had been invited by library staff to contribute to the International Mother Language celebrations.

We turned the preparation for the activities into a translation project where ESOL students translated the book Handa’s Surprise into their own languages. We had translations into Arabic, Somali, Italian, Russian and Romanian. We also found dual language copies of the book in Arabic and Somali but we had already done our own translations and the ESOL students preferred to use their own text, which sounded more natural to them, closer to the way a parent would speak to a child, than the published translations. 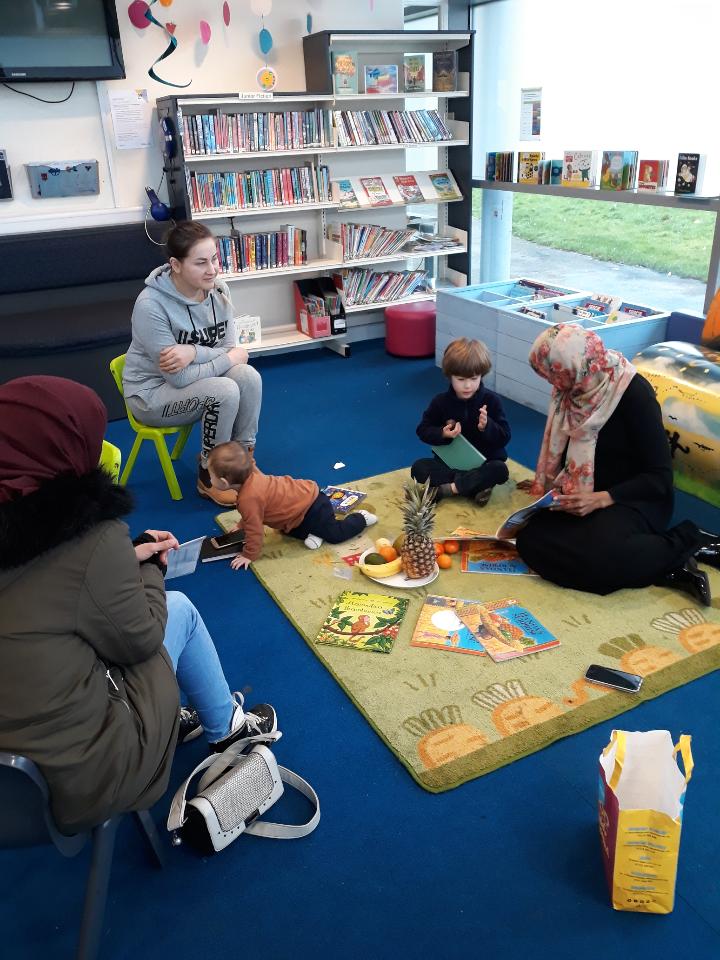 The story time was originally intended for families who spoke those languages in the home but children and parents who were not familiar with those particular languages also attended. The sessions then became language tasters where those children and parents learnt some new words for fruit and animals in other languages and enjoyed listening to the story. They were able to practise the new words by playing with the real fruit in the fruit basket we prepared for each session to replicate the one described in the book.

Parents and children could also take part in a craft activity based on the book where children did some drawing and used stickers to make their own fruit baskets from paper plates. We spoke to the children while they were making their baskets asking them to name the fruit in any language they knew. Children felt so proud that they could say some of the words in more than one language. 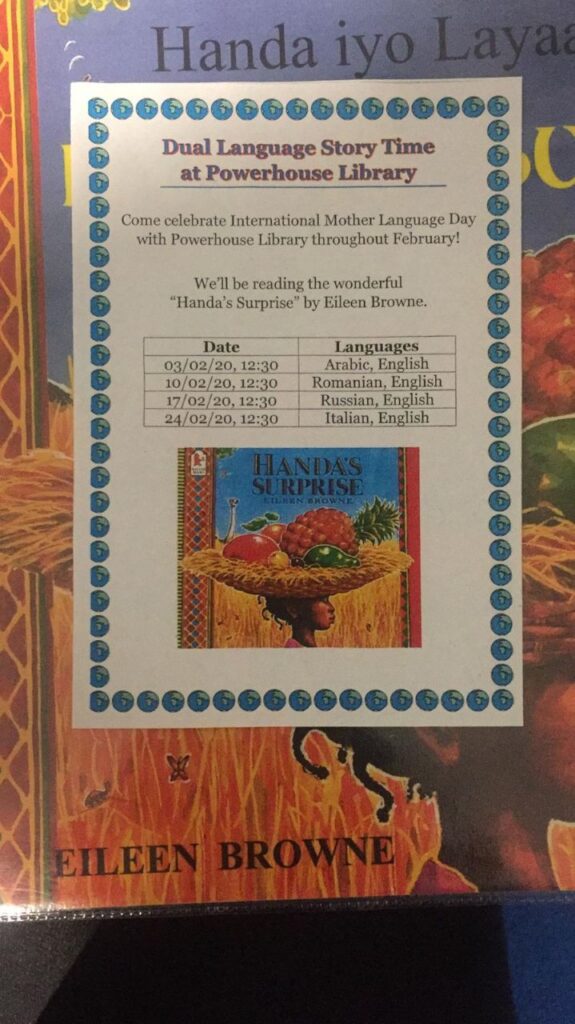 One session took place during half-term, which meant that children of all different ages attended that day. At first we thought that the older children would get bored with an activity prepared for much younger ones  but that particular session turned out to be the most successful story time as children of all ages wanted to take turns reading the book and translating the book into their own languages.

One mother told us that her child had never heard Arabic being spoken by people outside the family before and her daughter seemed fascinated to hear others speaking Arabic around the room. Another parent told us that their child used to reply to her in English and she had never seen her child so enthusiastic and proud of being able to speak Romanian.