Introducing… The Book of Reykjavik

This August, innovative Manchester indie publisher and Manchester City of Literature partner Comma Press is releasing The Book of Reykjavik as the next part of their brilliant Reading The City series, short stories from authors around the world celebrating a city they’re closely connected to. As a fellow UNESCO City of Literature, and the home of the 2021 UNESCO Cities of Literature Annual Conference, hear from Co-Editor of The Book of Reykjavik, Vera Júlíusdóttir on what makes literature so important to the city and be sure to pre-order your copy below.

With only just over 200,000 inhabitants in the Greater Reykjavik area, some would call Reykjavik a large town rather than a city. Growing up here in the eighties and nineties, I longed to live in a bigger place. So in 1997, I left. When I returned years later, Reykjavik had transformed itself. No longer just a remote spot on the map, Reykjavik had become a destination in its own right.

Today Reykjavik is a hip metropolis, complete with artisan coffee shops, designer clothing boutiques, and tourists from all over the world. New neighbourhoods have sprung up on the outskirts of the city and once sleepy suburbs have become multicultural hubs of activity. An award-winning concert hall has appeared next to what used to be a humble working harbour. Instead of cod and herring, Icelanders now export music, art and literature. Writers from Reykjavik have garnered international awards and received acclaim and recognition far beyond these shores, thanks to the work of excellent translators. For all intents and purposes, Reykjavik has come of age.

In August 2011, Reykjavik was designated a UNESCO City of Literature – the fifth city in the world to receive the honour. It was also the first non-English speaking city to become a City of Literature, and a member of the UNESCO Creative Cities Network. Reykjavik’s official letter of nomination from UNESCO stated the reasons behind this choice:

“Reykjavik may be one of the smallest capital cities in Europe, but its vibrant cultural scene provides locals and visitors a multitude of events and festivals to enjoy all year round. With a history rooted in the Sagas from the past and its unique location within a land of diverse landscapes, Reykjavik manages to combine a unique blend of hip and wholesome, but without the stress that usually accompanies a cosmopolitan metropolis. (…) For a city of small population, Reykjavik is especially appreciated for demonstrating the central role literature plays within the modern urban landscape, the contemporary society and the daily life of the citizens.”

What does this title mean for the city? As well as confirming Reykjavik’s importance on the literary stage, it has also been a cultural boost for the city. The Vigdís International Centre for Multilingualism and Intercultural Understanding was opened at the University of Iceland in 2017 and is one of the key partners of Reykjavik UNESCO City of Literature. The University of Iceland began offering BA and MA programmes in Creative Writing, which have helped introduce new voices in contemporary fiction and poetry. Annual events like The Reykjavik Book Fair, Reykjavik Reads and numerous other initiatives have also sprung up to promote literature and reading in the city.

That said, the people of Reykjavik have never needed much encouragement in this department. A good example of the central role literature plays in the life of the citizens is that every November, a catalogue of all books published in Iceland that year is delivered to every household in the country. For many people, an essential part of the build-up to Christmas is to browse through this catalogue and choose the books they will give as gifts for family and friends, as well as those to add to their own wish list. Almost every Icelander gets at least one book for Christmas. Reykjavik is a city of writers and a city of readers. One cannot exist without the other.

Vera Júlíusdóttir is a translator and filmmaker. Her translations of Icelandic short stories appeared in Elsewhere: Stories from Small Town Europe and Decapolis that were published by Comma Press. Vera has lived in Minneapolis and London, and now lives and works in Reykjavik.

The Book of Reykjavik online launch 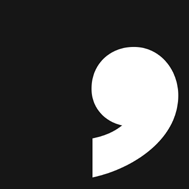