The week is a productive exchange of ideas, best practice and of planning future collaboration. As David Ryding, Director of Melbourne City of Literature reminds us:

“We exist to make the world smaller, and to make each other better”. There will be many city-to-city and collaborative projects that come out of this conference but here I am going to focus on discovering Melbourne, the literary city.

An explicit promise from David was to connect delegates with Melbourne. We attended civic engagements, meeting the Lord Mayor of Melbourne at the Town Hall and presented her with printed copies of This Here by Anjum Malik with translations by Jova and Ali Al-Jamri. We also attended a formal dinner with city and state officials hosted by Minister for Creative Industries, Steve Dimopolous MP. It was good to hear the arts and literature embraced so openly by all civic figures we met. 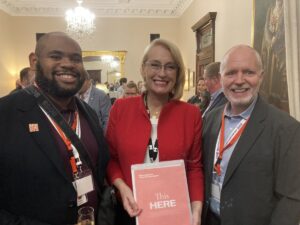 Each day of the Conference provided a fresh opportunity to meet with Literary Melbourne often in breakfast or twilight meetings.

On Monday evening ahead of the formal dinner, we met with the City of Melbourne Culture team led by Justine Hyde and with Creative Victoria. Justine’s team had presented on a range of initiatives to support artists with grants and creative spaces and to engage communities in arts and play especially in response to COVID-19. You can read their Creative Strategy 2018-2028 here. We met the producers for the Yirramboi Festival, a ten-day biennial event celebrating First Nations creatives. Creative Victoria is the state government body dedicated to championing, growing and supporting Victoria’s creative industries. It invests in the ideas, people, projects and organisations that make Victoria a creative state – their 2025 Strategy is here. 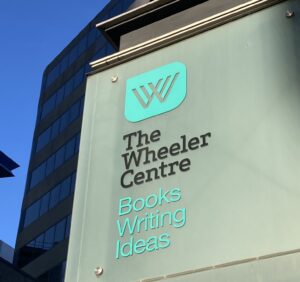 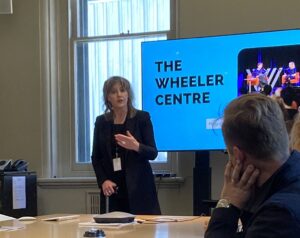 On Tuesday morning we met with CEO Caro Llewellyn and the programming team at The Wheeler Centre. Founded as part of Melbourne’s bid to be an UNESCO Creative City of Literature, it is a literary and publishing centre that aims to be a hub of discussion, debate and the practice of writing and ideas. 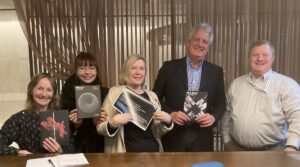 On Thursday, we attended different breakfast meetings, the advantage of having two of us in attendance. Ivan met with Simon Warrender, the founder and CEO of The Melbourne Prize which provides financial and professional development opportunities to artists by running the annual Melbourne Prize across literature, music and urban sculpture. Reece visited The Little Bookroom, the oldest children’s bookshop in Melbourne.? The shop is full from wall to wall (and in the spaces in between) with amazing books of all genres targeted at infants right up to almost-adults. The award-winning bookseller who runs the store Michael Earp, told us about its history, the work they are doing in the community and with schools and how the pandemic changed the business for the better. The Little Bookroom is world-class, and they had a copy of Manchester writer Danielle Jawando’s ‘When Our Worlds Collided’ to prove it. 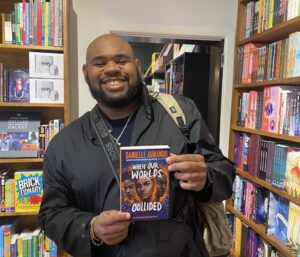 Thursday started with a private tour of the State Library of Victoria. Established in 1854, it is Australia’s oldest public library and is one of the first free public libraries in the world – two years behind Manchester opening its first rates-supported public library. The parallels with Manchester Central Library were significant: the library was created with a vision for it as ‘the people’s university’ – a place of learning and discovery that all Victorians could access. It also seeks to preserve Victorian heritage by collecting items of historical and cultural significance for future generations. It embraces digital library technology, providing online access to its archive, and in 2019, the State Library was transformed an extensive redevelopment project. This project refurbished the library’s heritage spaces, the creation of innovative new spaces for children and teenagers and revamping its services so it can embrace new technologies and promote digital literacy and creativity for all Victorians. This will all sound familiar to regular visitors to Central Library. 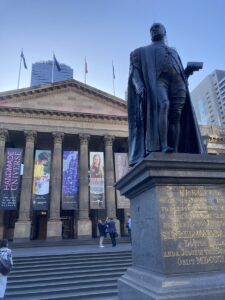 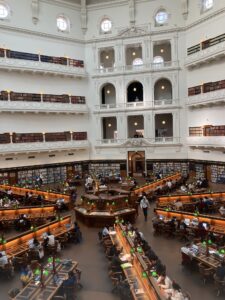 Later that day we took part in roundtable discussions with city and regional librarians sharing their experience of reader development, staff development and COVID-19 support programmes alongside a roundtable with literary programmers giving further insight into the challenges and opportunities common to all cities and event programmers.

City of Melbourne Libraries hosted us at other locations. Reece visited Lygon Street Library a Pop-Up Library in the Central Business District with a small but powerful collection of books and a powerful commitment to supporting emerging writers. They host writers’ salons, performances and readings and also have a space upstairs for writers to do what they do best…write. On Friday we visited The Library at The Dock, the newest city library and a next-generation space with a recording studio, creative editing suites, community spaces and a large performance venue. 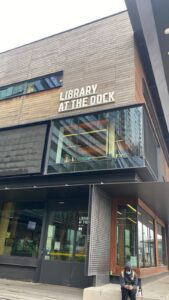 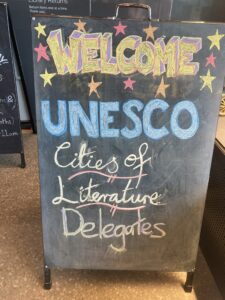 The end of the week coincided with Melbourne Writers Festival. Established in 1986, this an annual, ten-day literary festival that showcases local and international writers. Its mission is to bring people together to celebrate words and stories and share the human experience. The Ambitiously Un-Australian strand was particularly powerful and inspiring (more in a later blog post). And the official bookseller for the Festival was Readings who operate with seven shops across the city. The retailer is a meeting place as much as a bookshop and supports new and outstanding voices through The Readings Prize, a prize for emerging Australian authors. Readings was awarded the Bookstore of the Year Award at the 2016 London Book Fair International Excellence Awards, and Australian Book Retailer of the Year 2020 and 2021. Using the Walking The City of Literature map, we also visited The Hill of Content and Paperback bookshops.

Each City brought a children’s book from their city to donate to City of Melbourne Libraries. From Manchester we took The Library Book by Gabby Dawnay and Ian Morris. 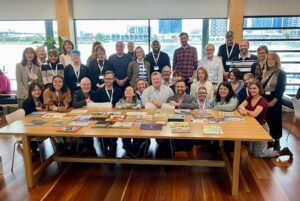 Reece presented to Cities of Literature colleagues about our Community Champions project fronted by Jackie Bailey, Louise Fazackerley and Nasima Begum. Already two cities have expressed interest in how they can adapt this model for their local residents.

We shared with the City of Literature delegates a micro-site of Manchester publishers with contacts for international rights and distribution.

Reece attended the long-standing poetry night ‘Babble’ at Bar Open in Fitzroy, the visiting delegation led by there by local poet Nathan Curnow. Reece: “I was asked if I’d like to perform and of course, I said ‘yes’. I think the Melburnians enjoyed it. Either that, or they were just incredibly nice.” He is too modest. 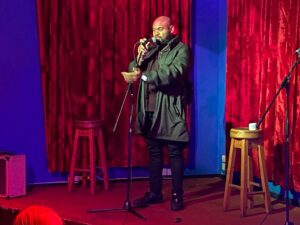 Ivan presented Postcards From Manchester on stage at The Wheeler Centre to an audience of over 240. Seven cities shared ten facts in ten slides from their respective cities. Ivan’s presentation on the ‘Shock City’ managed to stretch the brief to include references to Chetham’s and Manchester Poetry Library, Peterloo, Emmeline Pankhurst, the writing schools at Man Met Uni and the University of Manchester, spoken word then and now, the Made In Manchester poem, the Cooperative movement, Carol Ann Duffy, Jeanette Winterson, Lemn Sissay, Tony Walsh, Tony Wilson and Manchester Literature Festival, all bookended by Not Quite Light’s Manchester Rainstorm and Joel Goodman’s New Year 2016 photographs. 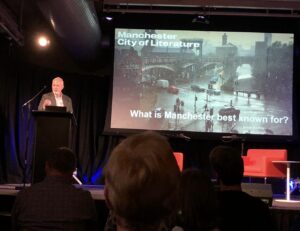 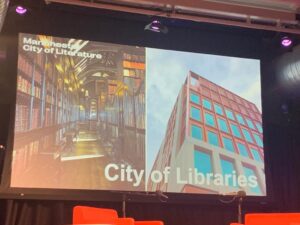 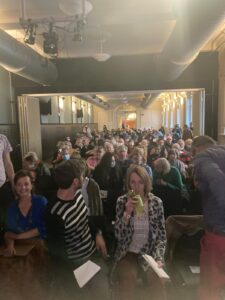 Like the whole week, we attempted to pack in as much as we could in our week in Melbourne, our sister City of Literature.

Tomorrow is the start of our 17 Books for 17 Sustainable Development Goals campaign!