From poets to playwrights, this program will introduce Melbourne’s vibrant and varied literary community uniting writers across the world in this innovative pilot program.

In close partnership with ten of Melbourne’s literature centered organisations including libraries, book sellers, local publishers and regional writing collectives, this virtual residency offers writers from Creative Cities of literature from around the world the opportunity to forge professional development pathways, share experiences and practices, develop intercity collaborative initiatives and showcase their world at an international level.

As part of the wider initiative, organisations and participating writers will collaborate to host a series of public events for Melbourne’s residents, such as interactive creative works, workshops, literary discussions and panels. These events are hoping to attract an audience of at least 10,000, and inspire generations of literature aficionados to take up the pen and get involved.

Naomi Sumner is a Manchester-based playwright and dramaturg fuelled by salt and vinegar crisps and cups of tea. She leads new writing company Brush Stroke Order, working with artists to develop text-based work for live performance. Her work has been performed at theatres across the North of England and in London including York Theatre Royal, Oldham Coliseum, Arcola Theatre and Theatre 503. Naomi’s verbatim play about transracial adoption, SAME SAME DIFFERENT, was commissioned by Eclipse Theatre and toured to venues across the North of England in 2019.

Recent projects include Wait I’m From Wuhan, a digital commission for Chinese Arts Now and HOME, and developing a TV drama script with BBC Writersroom. Currently she is working with Tamasha on a digital theatre project about Liverpool Chinatown and writing a piece for BBC Radio 4 about her hometown Barnard Castle, made infamous by politician Dominic Cummings.​

​Naomi will be a resident at Melbourne Writers Theatre
Founded in 1982, Melbourne Writers’ Theatre’s vision has developed Australian plays and playwrights and contributed to Australian theatre for 39 years. Over the years, it has presented many acclaimed seasons of new theatre at La Mama Courthouse. Since 2018, a number of successful seasons have run at Gasworks Arts Park. Its year-round program features skills-based workshops for members, the In One Act creative development program presented in partnership with Yarra Libraries and online and on-site productions. In 2021, its Page to Stage program will provide dramaturgical support for four original full-length plays written by its members. 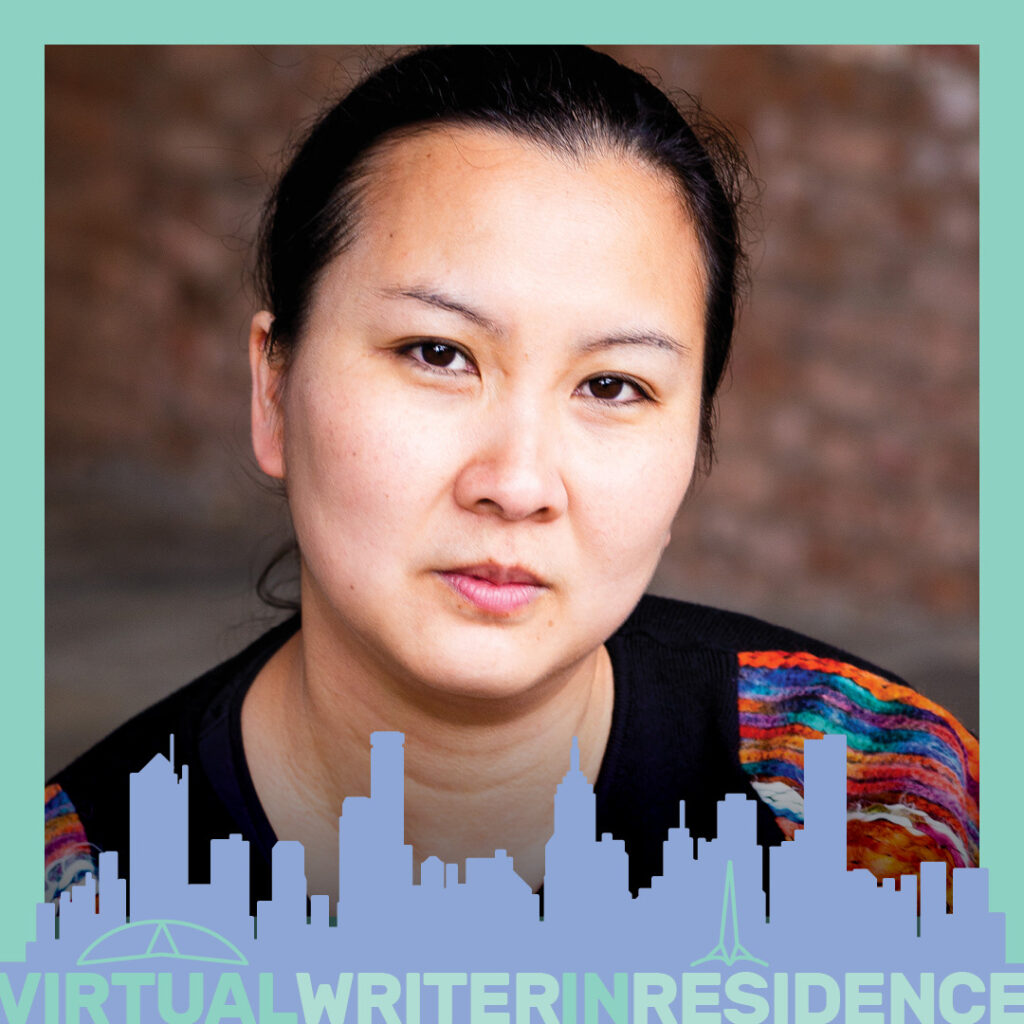 afshan d’souza-lodhi was born in Dubai and bred in Manchester. She is a writer of scripts and poetry and was recently commissioned to write and direct a short film for Channel 4 (An Act of Terror) and a radio play for BBC Sounds (Chop Chop). afshan is currently a Sky Writes writer-in-residence for Rotherham, a partnership between Sky Studios and New Writing North. She is also currently developing a TV series with Sky Studios. afshan has edited many anthologies and has an essay featured in Picador’s collection by Muslim women called Its Not About The Burqa. Her debut poetry collection ‘re:desire’ (Burning Eye Books) has been longlisted for the Jhalak Prize (2021). Her most recent play, Santi & Naz, described as ‘tender yet sharply political’ by The Guardian, won the Vault Outstanding New Work Award in 2020.

As well as her own writing, afshan is keen to develop other younger and emerging artists and sits on the boards of Manchester Literature Festival and Pie Radio and is also a Young Trustee Ambassador for the North West. afshan also sits on the steering committee for Northern Police Monitoring Project, an independent campaigning and advocacy organisation that challenges police harassment and violence.

afshan will be a resident at the Stella Prize
Established in 2013, the Stella Prize is an annual literary award celebrating Australian women’s writing in all genres. It’s also an organisation pushing for cultural change, delivering initiatives to raise the profile of Australian women writers. These include events and panel discussions focused on gender equity and literature, a Girls WriteUp event, the Stella Schools program and continued its partnership with the University of Melbourne supporting teachers-researchers. It’s also responsible for the 2018 Stella Count, which is a study about the extent of gender inequality and unconscious bias in Australian book reviewing. 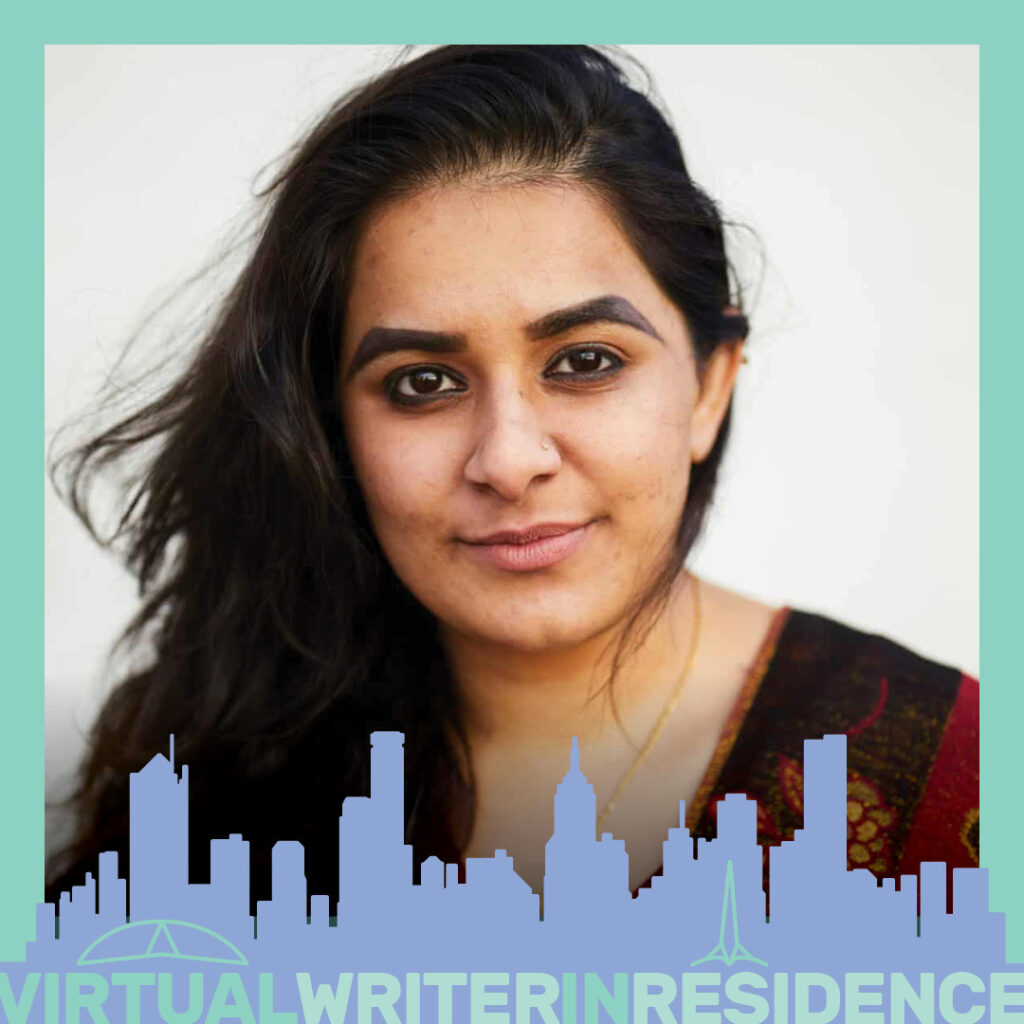