In August, Melbourne City of Literature put out an Open Call for 10 paid virtual residencies in their city. After a very competitive selection process, of the 10 writers selected, one of them was an applicant from Manchester, Louis Glazzard!

Louis is a queer writer, originally from Yorkshire, who’s been based in Manchester for a while and has definitely developed their writing and performance within the community here. Louis started his open mic night journey in Manchester at events such as Queer Family Tea and Verbose.

“Having the gumption to get up and stage and bare your most difficult experiences and emotions instantly changes your work… [Open Mic Nights] offer space to reflect on your work and learn about what makes people have that ‘Wow’ moment when they’re hearing your words for the first time.”

While still writing poetry, Louis is currently writing a speculative novel and always carries his notebook around so there’s a way to jot down ideas as they come, or to write poetry ideas when he’s travelling. This is a part of Louis’s life that’s developed from time working in customer services where he’d write poetry ideas on receipts as that’s what was available.

From here though, Louis has been published by Untitled: Voices, Queerlings, Polari Press and more. Publications lead to further recognition when in 2021, Louis received an Arts Council National Lottery Project Grant for a series of workshops with organisations including the NHS and LGBT Foundation. 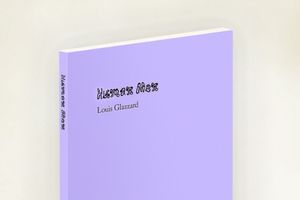 “Manchester was the place that allowed me to dream and make those dreams a reality.” 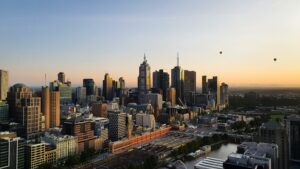 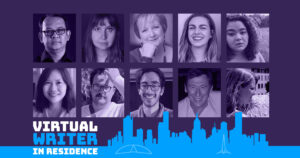 Louis’s Organisation is Geelong Regional Libraries. They are a network comprising a central library, 18 community libraries, and three mobile libraries. Geelong Regional Library’s goal is to provide universal access to lifelong learning, reading and discovery for free, with a focus on making their materials as diverse as the communities they’re working for. 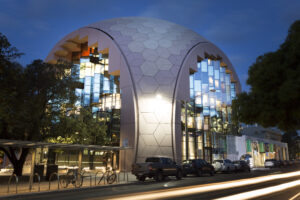 We’re really pleased for Louis, this sounds like a brilliant organisation and some exceptional opportunities to keep connecting with his own and other writing.

“This feels like a big creative writing moment and I can’t wait to get started.”

You can see more about Louis and his writing via his various social media here:
TikTok | Instagram | Twitter | Website
Order his first poetry collection, Human Men, on Amazon.