The spoken word version of Eurovision, hosted by the UNESCO Cities of Literature — where each City slams their way to the grand title of Slamovision Champion every year!

Each year the UNESCO Creative Cities of Literature hold this esteemed international poetry competition to explore different approaches to poetry performance, which Manchester holds highly in its regard as a city with poetry truly at its heart.

Now in its third year, Manchester has been taking part in Slamovision since 2020, when it was expertly hosted by Tartu City of Literature, and we’re so thrilled that Manchester was joint winner of the competition with an entry called ‘Barbirolli Square’ by Jardel Rodrigues. Quebec City were our fellow reining champs.

In 2021 that meant that Manchester and Quebec City hosted the global event at Manchester Poetry Library. On November 30th our event was live streamed around the world as well as having an in person audience. You can catch up below if you missed it, but *spoiler alert* Nottingham City of Literature took the crown with a winning poem called ‘Where Are You From?’ by Cara Thompson.

Manchester was proudly represented by PA Bitez in 2021, after fierce competition where many notorious Manchester slam poets competed at a Slamovision Special of One Mic Stand hosted in partnership with Young Identity in September. Look out for our search for a Manchester representative in 2022, as we get ready to take back that crown! 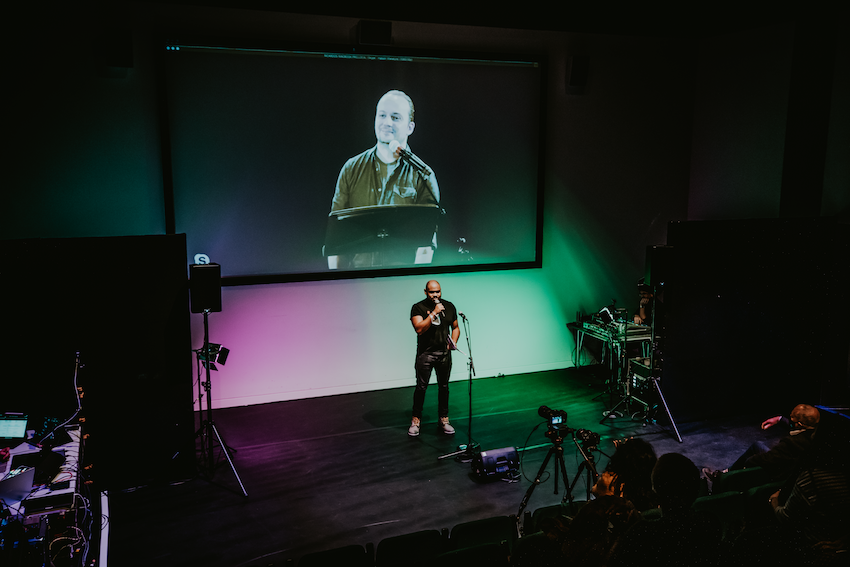 Catch up with Slamovision 2021, hosted in Manchester

The crown currently resides in... Nottingham!