The John Rylands Research Institute and Library is the most remarkable university special collections library in the world, who are proud to be a part of The University of Manchester. Over 250,000 people visit and engage with the Library each year.

The John Rylands Research Institute and Library was founded by Enriqueta Rylands in memory of her husband John Rylands. In 1889 the architect Basil Champneys designed the striking gothic building, which took ten years to build and was opened to public readers on 1 January 1900.

The Rylands became part of The University of Manchester in 1972 and currently holds the Special Collections of The University of Manchester Library. Mrs Rylands’ memorial to her husband is now part of the third largest academic library in the United Kingdom, and the Deansgate building houses over 250,000 printed volumes, and well over a million manuscripts and archival items. 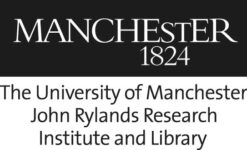 The Best Anthology of Libraries in the UK: A Guided Tour

Virtual Writer Residencies at the Festival of Libraries

The University of Manchester