While we were in Melbourne for the Cities of Literature Conference last month, UNESCO announced that the week following the 13th October each year will be World Novel Week.

“The objective of this international week is to encourage appreciation of this literary genre as one of the expressions of human creativity, while raising awareness of the role of writers, as well as the different players involved in literary creation and the promotion of reading, for the flourishing of cultures and their free interaction and mutual enrichment.” – UNESCO

This caused a flurry of activity and conversation amongst the delegates in attendance at the conference. The Manchester team decided we wanted to wholly embrace the statement from UNESCO that World Novel Week is for

“recognizing the contribution of the novel, as a cultural expression, to fostering interculturality and developing cultural interaction in the spirit of building bridges among peoples.”

We jumped to work thinking about how we can use this inaugural week to celebrate and champion the role of the novel in Manchester’s literary sphere.

We’ve put together a package of blogs, essays and community reviews that we will release each day, but there are also in person celebrations of the Novel this week and following as Manchester Literature Festival is in full swing.

There have already been some excellent novel and novelist showcases during the festival with Ruth Jones, A.M. Homes, Kamila Shamsie, Jan Carson, Louise Kennedy, Paterson Joseph, Damon Galgut, Monica Ali and Ian Rankin, but during World Novel Week itself there are four events about novels: 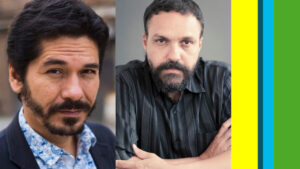 The history of walls is also the history of people managing to get around, over and under them. Brazilian author Paulo Scott focuses on the boards that hide the Maré Favela in Rio de Janerio. Mexican author Juan Pablo Villalobos contemplates the wall between Mexico and the USA. They will be discussing their latest novels with host Yara Rodrigues Fowler. Presented in partnership with English PEN and Comma Press. 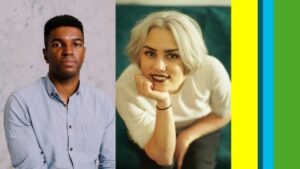 Two rising stars of LGBTQ+ literature discuss their phenomenal second novels. In Okechukwu Nzelu’s Here Again Now, Achike opens his flat and his heart to Ekene, his best friend, and Chibuike, his alcoholic father. Yara Rodrigues Fowler’s There Are More Things begins with Melissa and Catarina and reveals their shared histories of revolution, grief and love. Hosted by Naomi Frisby. 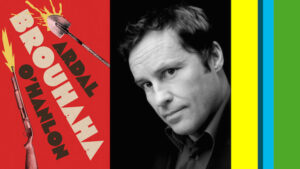 Irish actor, comedian and writer Ardal O’Hanlon joins us to talk about his work, the power of satire and dark humour, and his latest novel Brouhaha. Ardal played Detective Jack Mooney in Death in Paradise, Father Dougal McGuire in Father Ted, and has featured in several television series including My Hero, Taskmaster and Derry Girls. 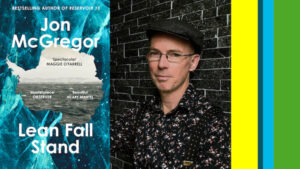 In his superb new novel Lean Fall Stand, Jon McGregor explores the isolation of the world’s southernmost continent; the impact of a stroke on a man and his family, and the consequences of decisions made in difficult circumstances. Jon McGregor is the author of five novels. His last, Reservoir 13, won the Costa Novel Award. Hosted by Naomi Frisby.

While his event for Manchester Literature Festival isn’t about a novel but non-fiction, Nick Hornby is a novelist of renown, so we definitely thought still worth a mention.

The live events from Manchester Literature Festival that champion novels don’t end at the end of World Novel Week, the last few days of the festival following that (20th – 23rd October) include, Marianna Enriques in conversation with Max Porter about her novel Our Share of Night, Susanna Clarke is also in conversation with Max Porter about novel Piranesi, and the last novel event with Natalie Haynes talking about Stone Blind is SOLD OUT!

What we’ve learned while creating our pieces to celebrate the Novel and Manchester is that there is a reason people are so passionate about this art form and why many novelists are still so important so many years after they put their words on the page. We hope you enjoy the programme we’ve developed for you. Keep an eye out each day and let us know which novels you’re reading this week or which you’re going to pick up from our work.

Tomorrow is the start of our 17 Books for 17 Sustainable Development Goals campaign!