As it’s UNESCO World Novel Week, we’re thinking about the role of the novel in Manchester and we thought of Anthony Burgess immediately, especially with all the excellent resources available through The International Anthony Burgess Foundation.

Burgess wrote 33 novels, an impressive feat, but paired with the 25 works of non-fiction, it’s understandable that it would be daunting to know where to start introducing yourself to his work.

We’ve written this to give an insight into where to get stuck into Burgess’s novels and hopefully to explain why Anthony Burgess is such a prominent figure to Manchester. 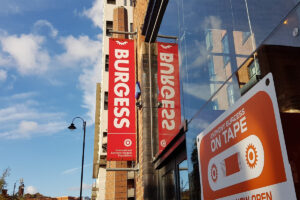 In podcast ‘Anthony Burgess for Beginners‘, The International Anthony Burgess Foundation clarify that while Burgess spans such a breadth of genres and categories of writing and creativity, a good starting point is his most famous novel, the 1962 dystopia ‘A Clockwork Orange’. This novel’s fame was obviously boosted by the Stanley Kubrick and Andy Warhol film adaptation but is a standout piece for introducing ourselves to Burgess’s novels. 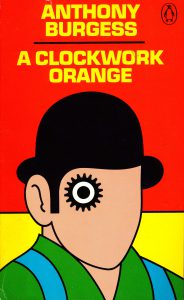 A Clockwork Orange was a banned book in many countries and regions for a long time, due to its explicit and disturbing sexual content. However, there are many aspects that mark it for attention and are why it is still widely read today. It’s not just the dystopian story, or the philosophy of free will meaning we must open ourselves to the possibility of some choosing evil, but the language of the writing. Burgess wrote this novel’s fictional world in Nadsat, an invented language which is an amalgamation of several others (including Russian, Romani, cockney rhyming slang and Elizabethan English). According to the mentioned podcast, Burgess refused to allow any editions to include a glossary as he believed in the intelligence of the audience who would understand the meaning through context. 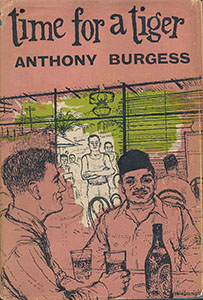 The International Anthony Burgess Foundation recommend next moving to The Malayan Trilogy, which starts with Burgess’s first novel published ‘Time for a Tiger’ from 1956. Anthony Burgess wanted to bring Malaya to fiction as previous popular writing about the region was very much written by outsiders who didn’t know the area or the people. It’s a humorous book that shows the experiences of Malayan people via a colonial teacher becoming immersed in local lives rather than those of the other colonials around them. The second novel of the trilogy covers the Communist Insurgency, and the final novel explores the final days of British rule in Malaya, both from the perspective of the same teacher, Victor Crabbe. 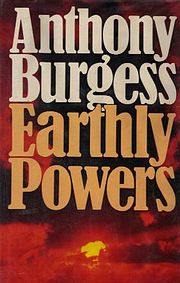 The novel Anthony Burgess is best known for after A Clockwork Orange is acknowledged to be ‘Earthly Powers’. This is Burgess’s longest and most accomplished novel. This coming-of-age novel tells the story of a novelist and playwright and his brother-in-law, an Italian priest destined for greater things. Throughout this story, the protagonist finds his life intertwined with history whilst “he struggles to reconcile his sexuality with his Catholic faith.”

Burgess had a tumultuous time living in Malta due to their stringent religious based censorship restrictions. After publicly pushing against and speaking out about this, he moved away to Italy and the more settled lifestyle served not only as a backdrop for Earthly Powers setting, but allowed more time for reflection. This seems to have brought his thoughts back to the Manchester of his youth which lead to, not only returning to cooking hot pots and fish and chips, but writing novels such as The Pianoplayers and Any Old Iron. 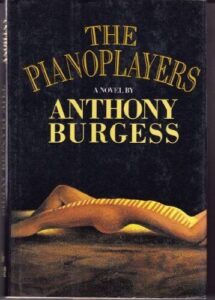 The Pianoplayers fictionalises Burgess’s father’s life as a piano player in Manchester and Blackpool in pubs and silent cinemas and the music halls where both his parents worked (and met). While not set here, Any Old Iron is a “blend of Arthurian legend, Welsh tradition, memories of Manchester and the two World Wars.” He was writing his autobiography at the same time as writing his Manchester novels and the reflection shines through throughout.

While Anthony Burgess led a very international life and forced discussion of difficult issues around the world, his roots were here and we can see from his later works that Manchester never left him. That’s why Manchester holds onto Anthony Burgess’s legacy, because he never let go of this city. 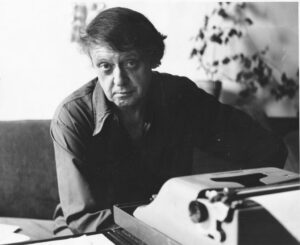