‘I was born in Manchester in 1959’, writes Jeanette Winterson, in Why Be Happy When You Could Be Normal? ‘It was a good place to be born’.

For Winterson, one of the liveliest, most fearless writers of her generation, Manchester’s spirit ‘has a contrariness in it – a south and north bound up together – at once untamed and unmetropolitan; at the same time, connected and worldly.’ Manchester is, she proclaims, both ‘radical’ and ‘repressive’: historically, ‘Manchester spun riches beyond anybody’s wildest dreams, and wove despair and degradation into the human fabric.’ Perhaps it is no surprise that novels like Oranges are not the Only Fruit, The Passion and Written on the Body, as well as the memoir Why Be Happy… exhibit a kind of ‘untamed’ imagination and vividness of feeling, even as they touch on loss or despair or the misery of thwarted love. 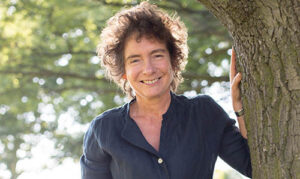 Winterson is one of Manchester’s most celebrated literary daughters of the twentieth and twenty-first centuries, and since 2012 she has been back in the city as Professor of New Writing at the University of Manchester’s Centre for New Writing. And the city is, more than ever, a cauldron of literary activity of the fizzing, radical kind, with a younger generation of female novelists born in, or drawn to, Manchester producing work of stark, often surreal, originality. I want to touch on just three examples here: Jenn Ashworth, Gwendoline Riley, and Lara Williams. 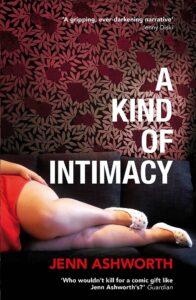 Ashworth was born in Preston, Lancashire – like Winterson, her childhood was coloured by evangelical religion; this personal history is woven through her startlingly innovative recent memoir, Notes Made While Falling. After studying at Cambridge and working as a librarian, Ashworth made her way to Manchester University’s Centre for New Writing, and it was here that her first novel, A Kind of Intimacy, took shape. What powers A Kind of Intimacy is the first person narrative voice of Annie, and the reader’s growing awareness of her untrustworthiness and obsessiveness, as, newly-arrived in the area, she seeks to ‘create the kind of life I wanted for myself’ – not least through an increasing fixation on her neighbour Neil. Annie’s voice is an insistent, apparently guileless one, but gradually her delusion and guilt begin to show as the violent past she has buried refuses to stay hidden. Late in the novel, Annie muses:

‘When I look back over the notes I have on [the neighbours] in my File, the small details I jotted down after our brief and infrequent conversations seem to have taken a life of their own, and blotted out everything else about them. It is possible they wouldn’t even recognise themselves in my account. I can hardly recognise myself in it sometimes.’

Ashworth’s debut is a brilliant, unsettling combination of black suburban comedy and psychological character portrait and a nuanced exercise in narratorial unreliability. 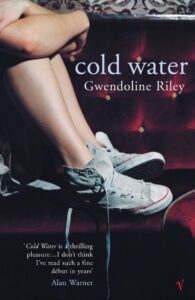 Gwendoline Riley’s first novel, Cold Water, also emerged from her time as a student in the city, at Manchester Metropolitan University. Its setting is the Northern Quarter landmark, the bar and music venue Night & Day Café, where Riley herself once worked. The vision of Manchester that Cold Water conjures is of an often grimy, sometimes lurid underworld of bars and pubs and litter-strewn streets, populated by oddball, damaged characters, all of them picked out by the fierce, observing gaze of the narrator-protagonist, Carmel. ‘How come you’re not ashamed of what you are’, Carmel thinks, echoing the lyrics of a song at a gig, a song that feels ‘nasty and unstoppable’; ‘Of what I am, what I am. I watch people that’s what I am’, she concludes; and her gaze can be pitiless, but also self-excoriating. Their realities distorted by alcohol and drugs and the upended world of night-time work, Carmel and her acquaintances struggle for, but frequently reject, connection and intimacy. In Carmel’s world, a particular band, and a fleeting relationship, take on an insistent significance. As she acknowledges, ‘in the big picture’ these things ‘shouldn’t mean so much’:

‘But, you see, the point is, I’m not in the big picture. I’m in Manchester, and I can’t earn enough to leave just yet. For now these are my parameters: the spokes of the bus routes out to the A roads; those sparse stretches lined with derelict pubs and retail parks. […] For now, I walk around through the scraping wind, through puddles full of brick dust, often with my feet so cold and sodden; the flesh of my toes like soaked cotton wadding spun around the bones.’

If this feels constricting or depressing, Carmel’s past family life and current bar-work life shadowed with violence and trauma, Riley’s skill lies in finding the unexpected beauty in this deprivation, and in suggesting the vastness of Carmel’s hunger for something more, something better, even as she seems trapped in the relentless present. 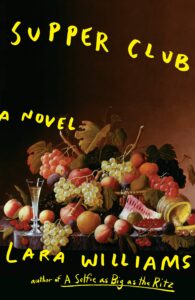 Hunger is at the heart of Lara Williams’ debut novel, Supper Club, as the protagonist Roberta wrestles with a world that wants to make her – and all women – smaller, neater, more quelled and quashed and less desiring. And, she thinks:

‘What I learned about desire is that it never goes, not really. But you can make it smaller; you can fold it up and tuck it neatly away. I felt like I was carrying a solid gold pillbox of my wants and needs somewhere in my chest, just behind my rib-cage. […] It was getting more and more full but there was still room. There was always room for more.’

Her answer to this is the Supper Club – events at which a shifting cluster of variously wronged women allow themselves an appetite: for food and alcohol and drugs and dancing; for protest and danger; for an uninhibited voraciousness. ‘So what if you give up making yourself smaller all the time, like all the time, and you make yourself bigger instead?’ Roberta challenges. ‘What if, to make space for yourself to be bigger, you have to take it?’ The spiralling episodes of the Supper Club play out in a city where ‘everything felt immediate and perilous’, a city that, like that depicted in Riley’s Cold Water, proffers both the threat of annihilation and the promise of liberation; it is never named as Manchester, in Supper Club, but Williams studied here, still lives here, and is now a lecturer at MMU.

Across the work of these writers, from Winterson to Williams, we find a mix of darkness and desire; a boldness of imagination; a challenge to the limits placed on feminine hunger; an ability to find the surreal and sometimes sinister in the apparently everyday. This is risky, compelling writing, formally and conceptually, and it feeds off the contrariness that Winterson finds – and celebrates – in this literary city of Manchester. 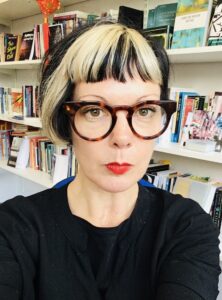 WHEN OUR WORLDS COLLIDED Danielle Jawando in conversation with Liz Flanagan