Why are Manchester City of Literature including a piece about Elizabeth Gaskell to celebrate UNESCO’s 1st World Novel Week?

Well, as Elizabeth Gaskell’s House put it themselves, Elizabeth was

“Described by the press after her death as ‘one of the greatest female novelists of all time’.”

While born in Knutsford in 1810 Elizabeth moved to Manchester after marrying in 1832 and lived at 84 Plymouth Grove (now Elizabeth Gaskell’s House) in Manchester with her family from 1850 until her death in 1865. 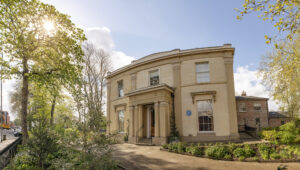 If you’ve found yourself on the side streets around the University of Manchester or Manchester Royal Infirmary, you’ve very likely passed by the stately home of Elizabeth Gaskell. Whether you’ve noticed the sign or realised at all what the house is, hopefully we can explain why Elizabeth’s novels are important to Manchester and where you can get started if you’re inspired to read any. 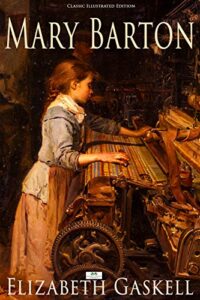 Gaskell’s first novel was Mary Barton in 1848. Written as a distraction from the grief of losing her first and only son. This novel was written to highlight the plight of the poor in Manchester, by focusing on the relationships between workers and employers of Manchester’s working poor, and brought the issue to the attention of rest of Britain, who otherwise may have remained unaware or unconcerned. 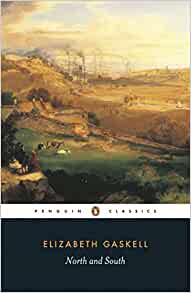 While Mary Barton is Gaskell’s first novel, many believe the best starting point to enter Elizabeth’s writing is the 1854 social novel North and South. It was in fact the novel that Elizabeth Gaskell’s House started their virtual read-alongs with during their closure due to the pandemic. With a title change suggestion from Charles Dickens (from a the protagonist’s name to the title we all know so well today), we were given North and South, set in the industrialising city of Milton, heavily inspired by Gaskell’s view of the Manchester around her. The North is used to show modern change, while the South is used to characterise tradition. A world where previously ‘old-money’ would have overseen the welfare of their tenants, but now sees often well-meaning self-made mill owners learning the boundaries of the employee / employer relationship when the gaps between the two are so vast. The story is told from the perspective of Margaret who is between both, respecting and admiring the tenacity of the poor she has friends among, while living with the rich. Gaskell uses Margaret as a means to challenge gender roles throughout this novel, a topic that resonates with Manchester history for many years following her. 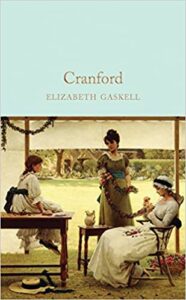 Her second novel Cranford (1853), has never been out of print, meaning that for 169 years there have been constant editions being printed. Cranford was inspired by the Knutsford of Elizabeth’s youth, where she grew up. It tells the story of the impact of Manchester’s radical industrial development during the industrial revolution on a small town outside, that previously would have been unaffected by changes there. Cranford was adapted by the BBC a while ago and for a few years it felt like it was all anyone talked about, yet it still seems that people will recommend reading North and South first, so we’ve stuck with the majority (but would recommend this one second).

If you do pick up and enjoy Cranford, My Lady Ludlow (which was written after North and South) is about a landowner family and the difficulty of a changing world and people. It deals directly with changing views of the access to education, for example. This novel was integrated into the Cranford TV series mentioned above, so the show provided two novels in one. 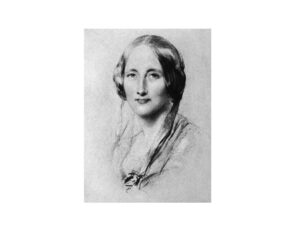 Gaskell’s connection to Manchester and importance in trying to bring the issues of the North to a wider audience is undeniable and it stands to reason that teams such as Elizabeth Gaskell’s House are trying to preserve that history and legacy. It also shows what impact fiction and the power of the novel have had on our own local history and development. We hope that from this you have a bit of a glimpse into why we’ve chosen to celebrate Elizabeth Gaskell during UNESCO’s World Novel Week and that you now have a starting point for where to get going in Gaskell’s world.

Elizabeth Gaskell wrote 8 novels in total. They were:

We would highly recommend visiting Elizabeth Gaskell’s House, it will soon be £7 for a ticket that lasts for a year. The house is full of incredible curated themed rooms and the tearoom is lovely for a brew and treat after you’ve had a wander around. They also host a second hand book stall on the second Sunday of every month, so there’s plenty of reasons to visit.